"Shit happens, just don't step in it" "I don't actually exist, I am simply a figmintation of everyone's collective imagination"

[b]PLEASE: if you see yourself in an image of mine, please let me know that way i can add a tag with your name...[/b]

[b]NOTE: if you talk to me and get confused by how I write my messages, i tend to write the way I speak, so if I'd use slang or slur a word or even use a word that you wouldn't normally hear, that's what I'll type. most people have problems placing where I'm from when i speak to them, and they can hear my "accent" (I'm not convinced I have one) when i do that... so you can imagine how odd it is when i type instead. so for those curious, most of my speech comes from Southern US and CA dialects. though you'll see a lot of European influence in what I say and type (such as the extra u's and shit Brits use, saying "telly" rather than TV or Television. etc) also you may her me say "Eh" and many people have asked, NO I'm not Canadian. I've never even been to Canada... apparently "eh" is a Canadian thing i dunno...[/b]

I love going Bare-Pawed and i will freely identify myself as a lifestyler... furry is not, and never will be, just a hobby to me... it is something i do, it is something i am, and it is a large part of my identity. I wear my collar as a symbol to show that i own myself, nobody owns, controls, or bothers me.

All characters have Digitigrade legs... NOTE on how they should look: http://www.furaffinity.net/journal/2685143/

Kilø
Sex: Male
Preference: Bi-gay-preference
Species: Arctic Fox
Physique: 6'3", lean. white winter fur and black summer fur. Toxic Green "socks" and 3 glow-in-the-dark tattoos. His usual outfit is a fishnet shirt, worn under an open and undone white leather straightjacket, his spiked leather collar with a skull tag, and a mid-thigh length black and green-hemmed skirt. typically goes Bare-pawed or wears leather boots
Worthy Of Note: he has a familiar, so to speak, a sentient gelatinous creature made of a mysterious "liquid" that is able to change it's shape at will. it shares it's consciousness with KILØ, as well as his fur pattern. the creature feeds off of the energy of other life-formes. the creature is called a Vertraut and the one Kilø owns is named Six.

Fyra
Sex: Herm
Preference: Not clearly stated, though she appears to be pansexaul
Species: Red Fox
Physique: lean and strong, likes to 'nom on bones... she was raised mostly in the wild, and as such, doesn't know much about the world around her. she shares KilØ's "oral fixation" as is evident by her tendency to 'nom on things... she typically wears no more than just a cloth covering her more "private" areas, if anything, as her fur amply covers everything. she's very happy-go-lucky, Naive, and doesn't seem to have a care in the world. she takes everything as it comes and loves to have fun. she can also be VERY random

"I don't smile, I frown enthusiastically"
-Me

"Shake paws, count your claws,
You steal mine, I'll borrow yours.
Watch my whiskers, check both ears.
Robber foxes have no fears" - Fox Creed, Redwall series by Bria Jaques; R.I.P

Most recent: That isn't how you chair! *Clean* 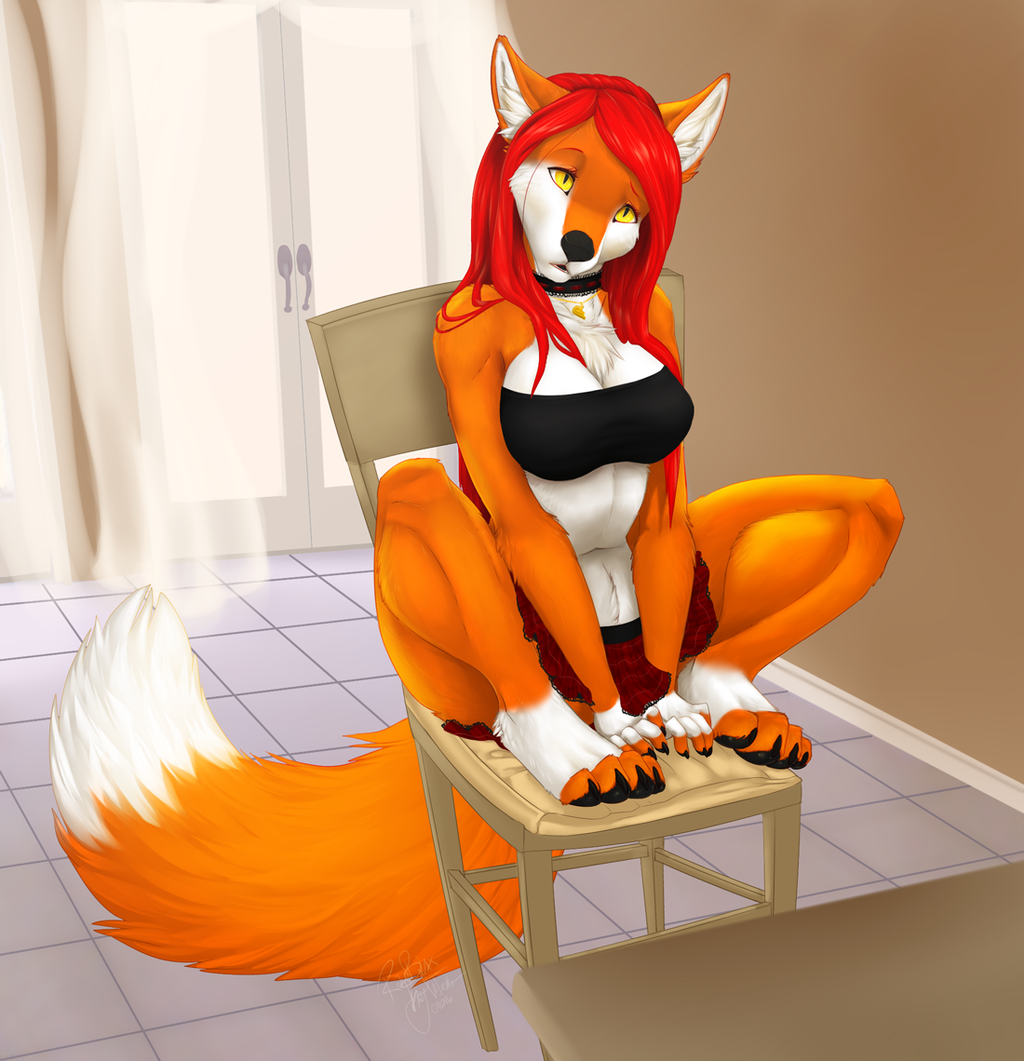 Want to be in a fun wintery Art piece with Kilø? ENDING SOON

So CaptainChaos Is doing a fun clean art piece, and I picked up a slot for my 'sona, Kilø.

The piece has 4 open slots, and will be open until THIS FRIDAY before the artist closes the claiming and finishes it with their characters, so get it while you can

it's First-Come First-Served, buyout style NOT an Auction. it's also quite inexpensive!