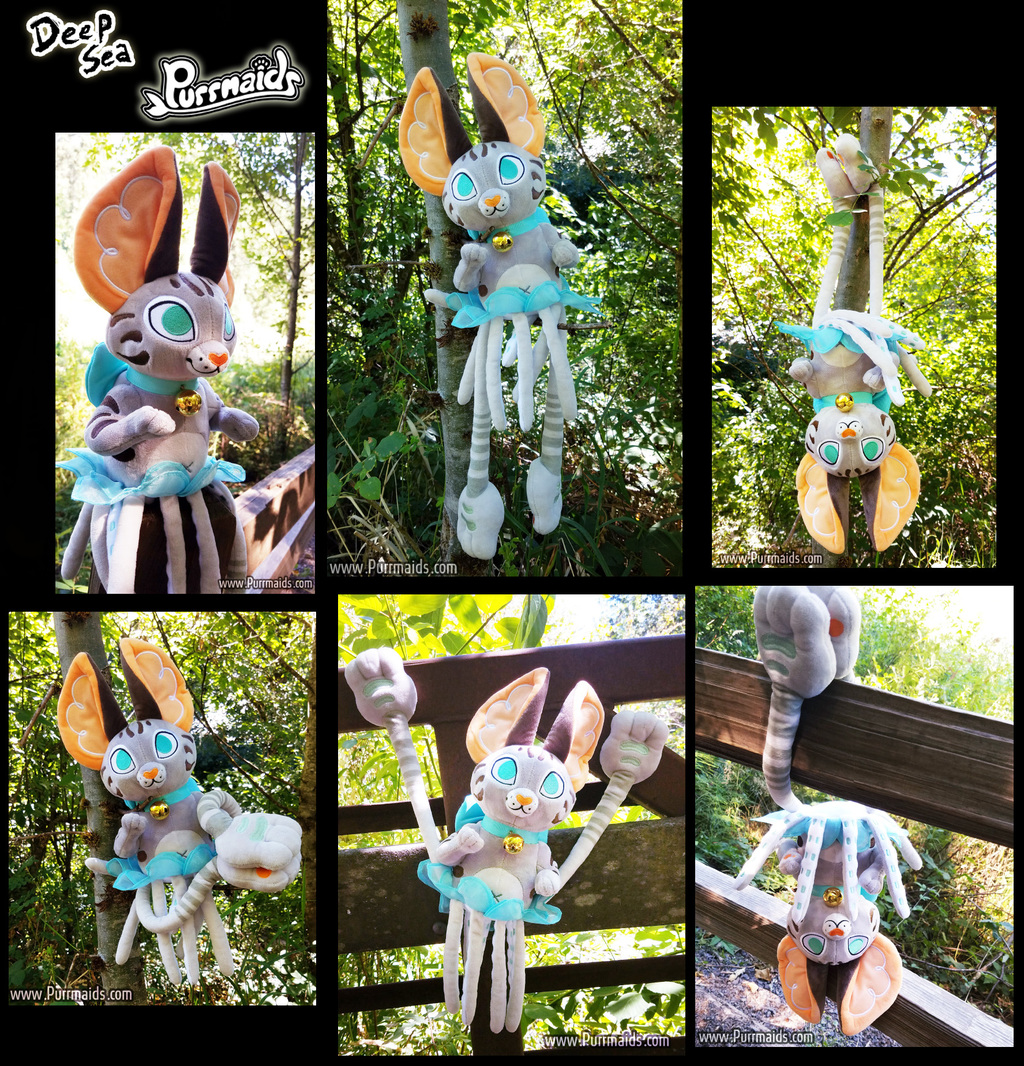 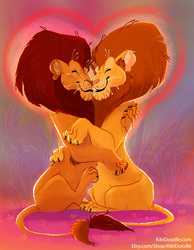 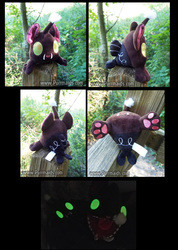 The Squitten, a squid kitten, will be in the Deep Sea Purrmaids Kickstarter debuting around Monday of next week!

Squitten has eight tentacles with 12 embroidered suction cups per tentacle! And their two extra long tentacle arms have magnetic paw pads capable of holding up Squitten’s weight, so you can have all kinds of fun posing them!

Squitten has an actual bell, so you can jingle them, and all of the fabric is soft minky so extra cuddly! Squitten is a little more rambunctious than the rest of the Purrmaids and often gets in trouble because of it! Anything magnetic they WILL get into! Beware walking past the refrigerator!

Squitten will be available from the beginning of the Kickstarter! Hooray!

Stay tuned for almost daily Purrmaids news leading up to the launch of the Kickstarter!