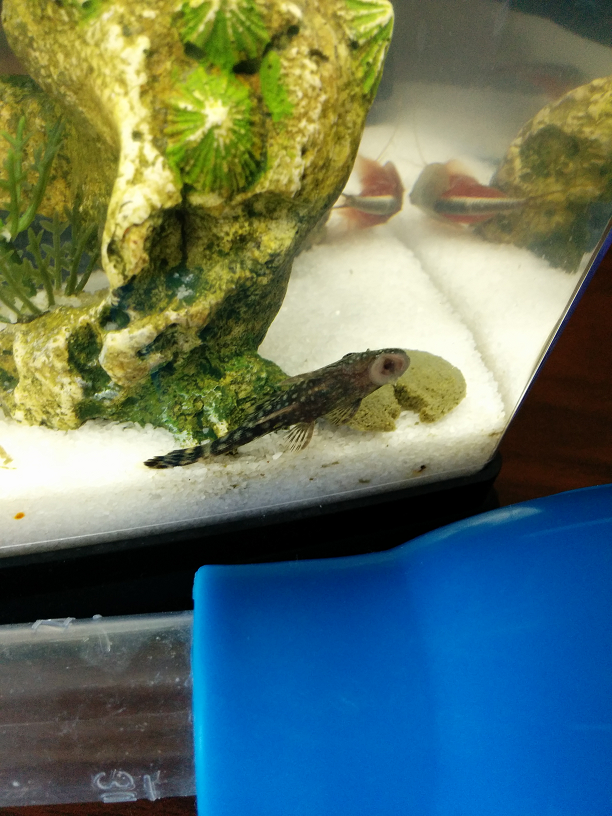 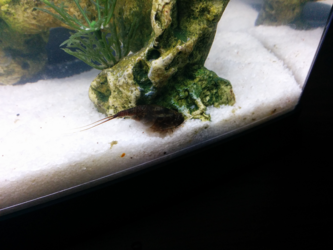 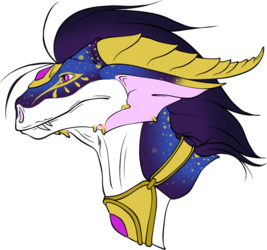 What's this? SOMETHING THAT ISN'T A TRIOP?? What a shock!

I will admit it: Alduin was a total impulse-buy. Shortly after I set up and cycled Tankrim, before I'd even put any of the Triop eggs in the hatching tank to start incubating, I'd gone out to peruse Petsmart and Tropical and Marine Pets to try to find out what sort of algae-eating critter would be best for the tank. Though the tank was technically ready for acclimatizing critters, I was originally planning to wait until I'd gotten some Triops that were old enough to be moved to Tankrim, so in the meantime I was looking for possible tankmates.

I was fully expecting to get a snail of some kind, since that seemed the most appropriate for a small tank like the one I had, but at both locations when asked "What algae-eating critter would you best recommend for a three-gallon, freshwater aquarium?" none of the reps suggested a snail at all! Everyone pointed me in the direction of the Bristlenose Pleco, and the second I saw him... I fell in love and caved.

I imagine it was kind of a weird sight to people passing me on the sidewalk as I walked home, holding out this plastic bag with this little speckled fish in it, giggling like a lunatic. I spent the whole time trying to find a decent name for him, and it wasn't until I got to the end of my road that I finally settled on Alduin.

I'm really kind of obsessively attached to Alduin; since I moved out of my parents' house a year ago, I never had any pets and as a result, my depression and anxiety had been getting worse, because I always felt lonely and didn't have any sort of pet to care for or dote on or cuddle with or anything. Alduin may not necessarily be cuddly-- and I don't think he'd let me cuddle him if he was-- but he is very much my first pet since I moved out so there's a lot of sentimentality there. I definitely try to spoil him when I can with all sorts of different treats.

So yeah. I may be obsessed with all of my little babies in Tankrim, but Alduin is kinda my biggest baby. <3