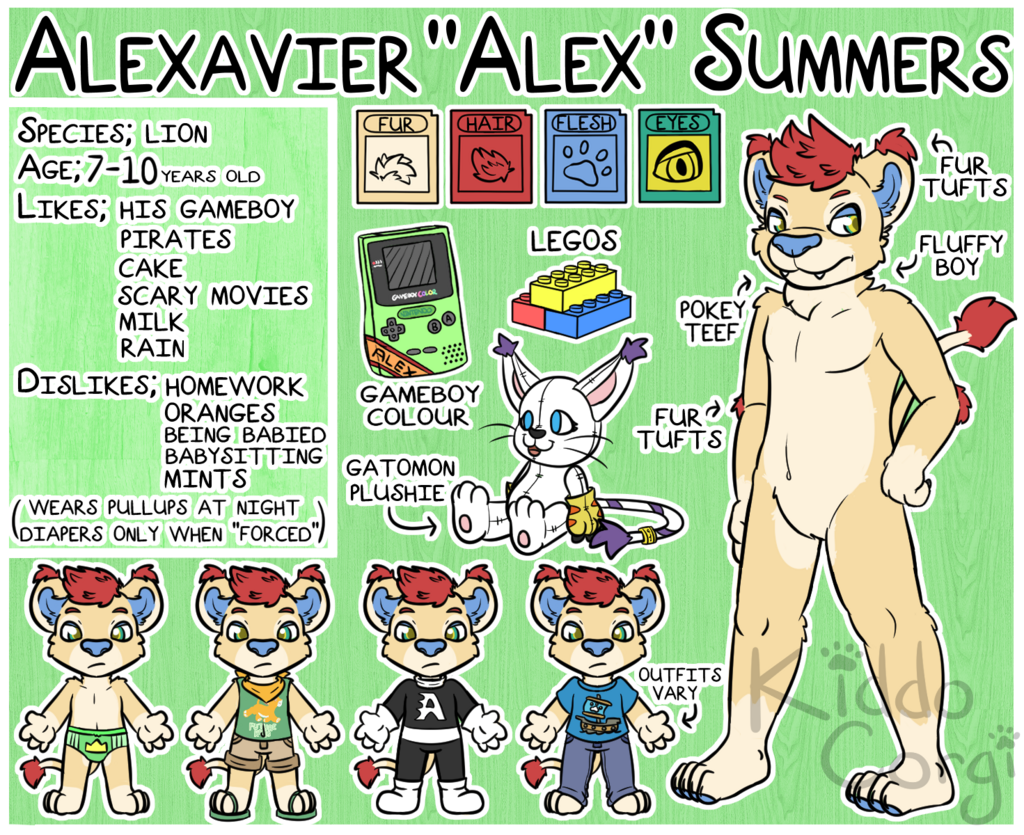 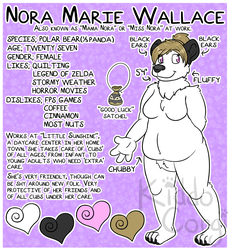 And now we haaaave ALEX! Or Xavi, whichever. x3 This poor boyo hasn't had an updated reference in six years, so I figured it was time.

Like Teddy, he really hasn't changed much since his last reference-- still a lion, still grumpy, still loves his game boy.

I added in a couple of things though-- a Danny Phantom-esque costume, as seen in an older art done of him by LemonyCosmos, which you can view here;

And I added a Gatomon plushie, which was brought into being in my story "The Scary Movie", which you can read somewhere around here.

As always, he's a PULL UPS kid, not diapers, unless he doesn't have a choice. Such as; when they run out of pullups, when there's a mishap at daycare and he's put in the "toddler" room instead of the "big kid" room, or when he has a daytime accident and they didn't bring him a change of shorts.

He doesn't have an adult form, because he's always a kiddo. I'd like to keep it that way, though I don't mind him being drawn younger than mentioned on the reference (just ask first!)