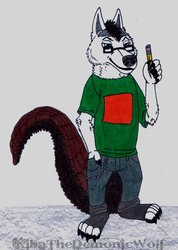 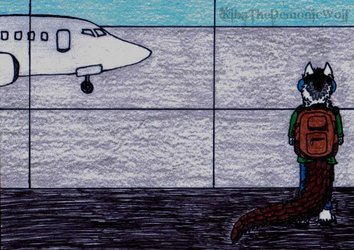 characters are Dresden (Adalwolfa's father), Arlo (her brother), Adalwolfa, and Foxfire (inugami) then the trio of brothers tagging along Cannibal, Bösen, and Organs.
Dresden was far from pleased to have three young males following his daughter around. Foxfire found his displeasure hilarious.

why does Cannibal and Bösen look weird?? this is before there fur inverted cause they haven't committed a crime towards the contract yet :3 does it make sense? probably not until way later in the comic honestly.