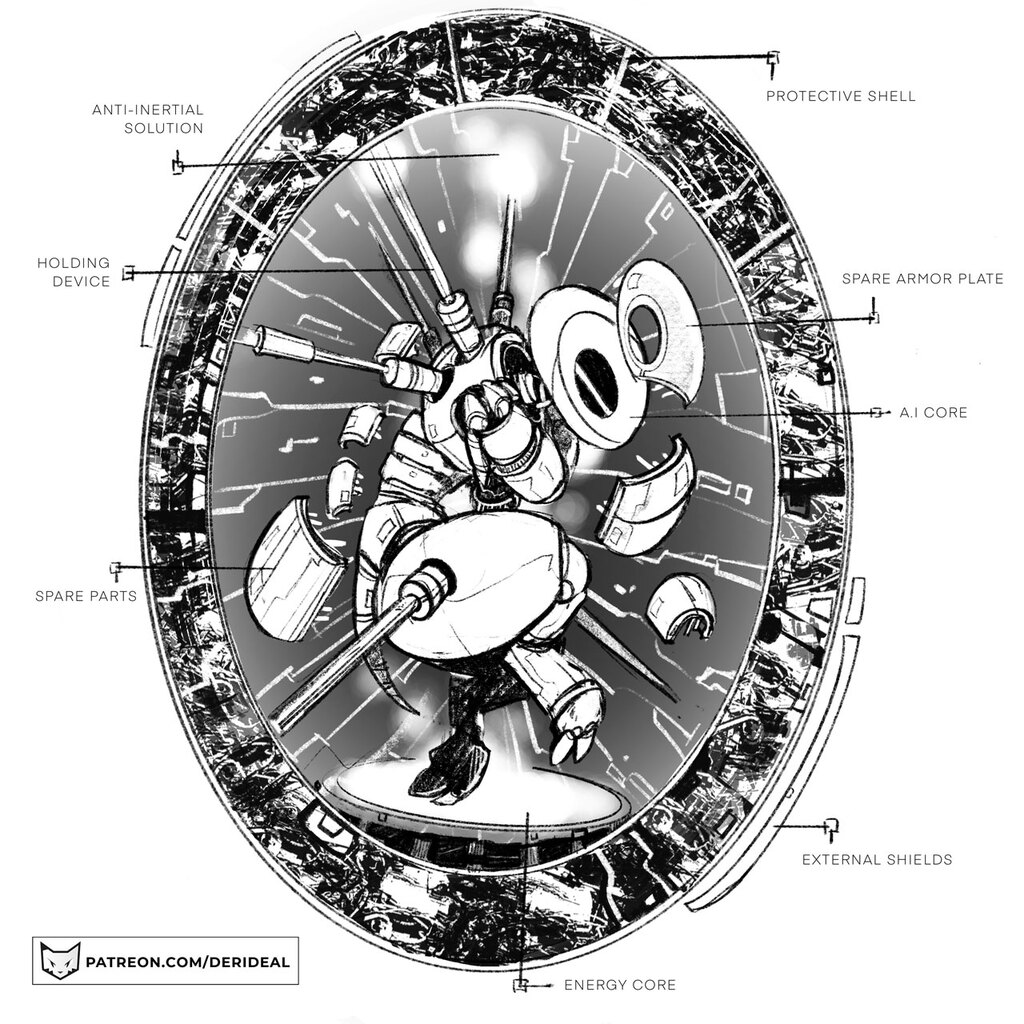 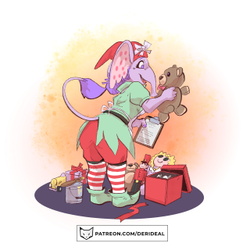 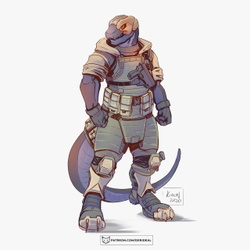 Cudacter travel long distances across space before reaching a planet where they'll end their development.

The capsule is a complex ship with intrincated nano-machinery capable of harvest and crafting metals and other elements, all necessary materials for the cudacter development in while traveling but more so when they land on a planet.

just a little concept about it, these capsules look like a shiny egg seeing from distance, and it has a cold plasma shielding, plus a very hard external structure to endure damage.
it also has enough maneuverability to dodge obstacles in space, but once it land it just ensures the cudacter safety by staying underground and providing a structure similar to a cave.

Internally it has some devices to keep the robot in place, but it's also filled with a liquid capable to absorb/reduce the inertia generated by the acceleration in space.
an internal energy core that convert solar and kinetic energy to sustain the machinery.
it also create additional parts the cudacter can use for repair or improvements when landing.
Cudacter is stored in its "blank" stage inside.

You can find more stuff and templates of them in this website:
https://cudacter.derideal.com

-
If you like my work, you can support me in Patreon :)
https://www.patreon.com/derideal