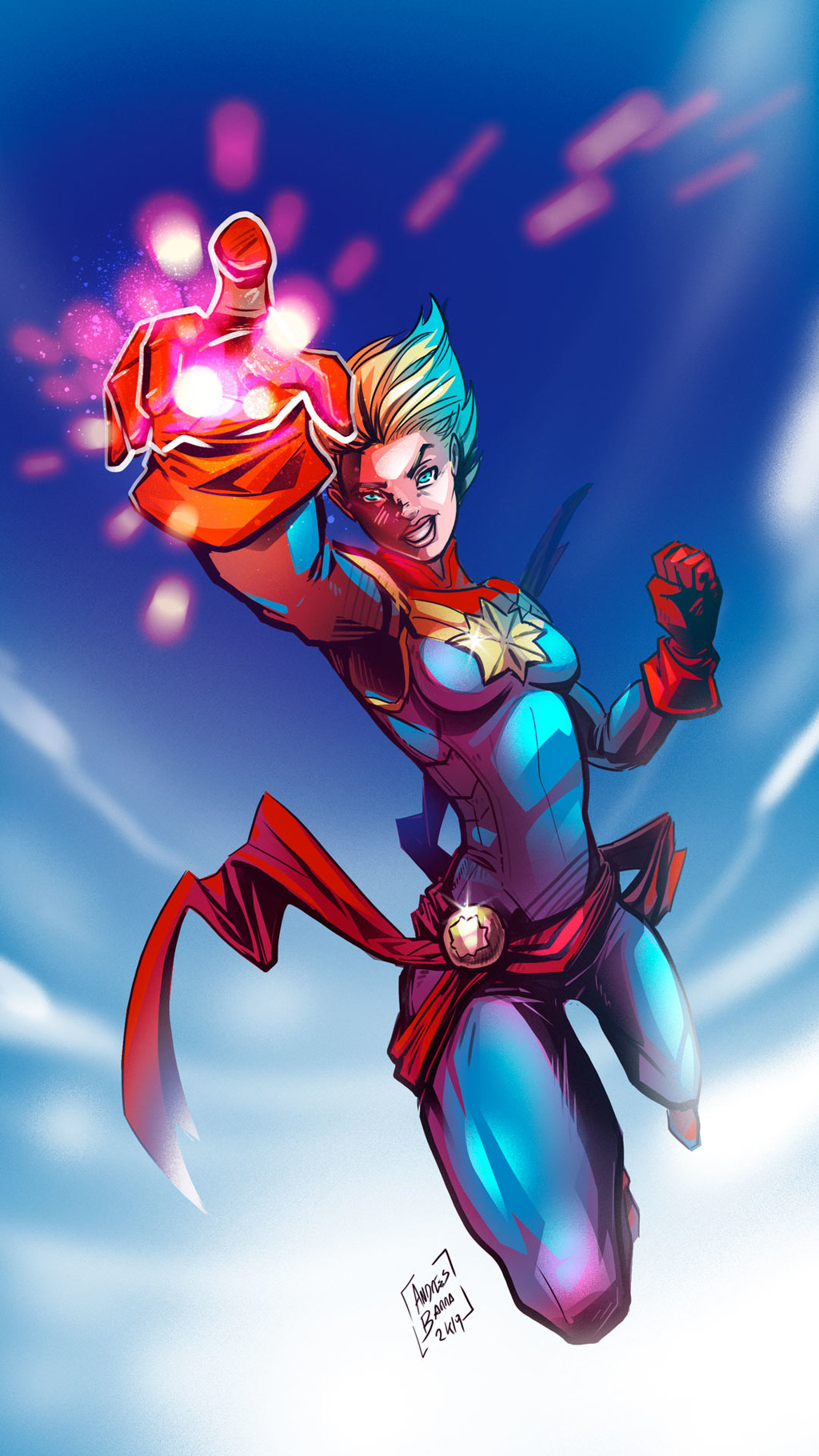 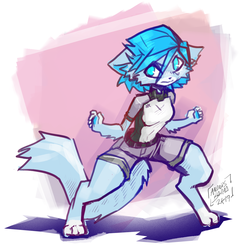 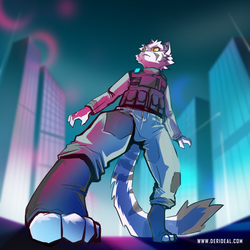 Ok! I saw Captain Marvel a couple of weeks ago... and decided to get on board with a fanart of her.
I knew the character from the time she was called Miss Marvel or something, with the other black suit iirc.
but I like how she look now, I also found a neat version of the suit and decided to draw her with this, idk from which comics it is, but I loved it :)

Anyway, the movie is kinda fun... not much because Captain Marvel is a awesome character per-se (I doubt she's anyone favorite character)... but mostly because it was fun seeing the other characters interact with her and young Nick Fury was fun.