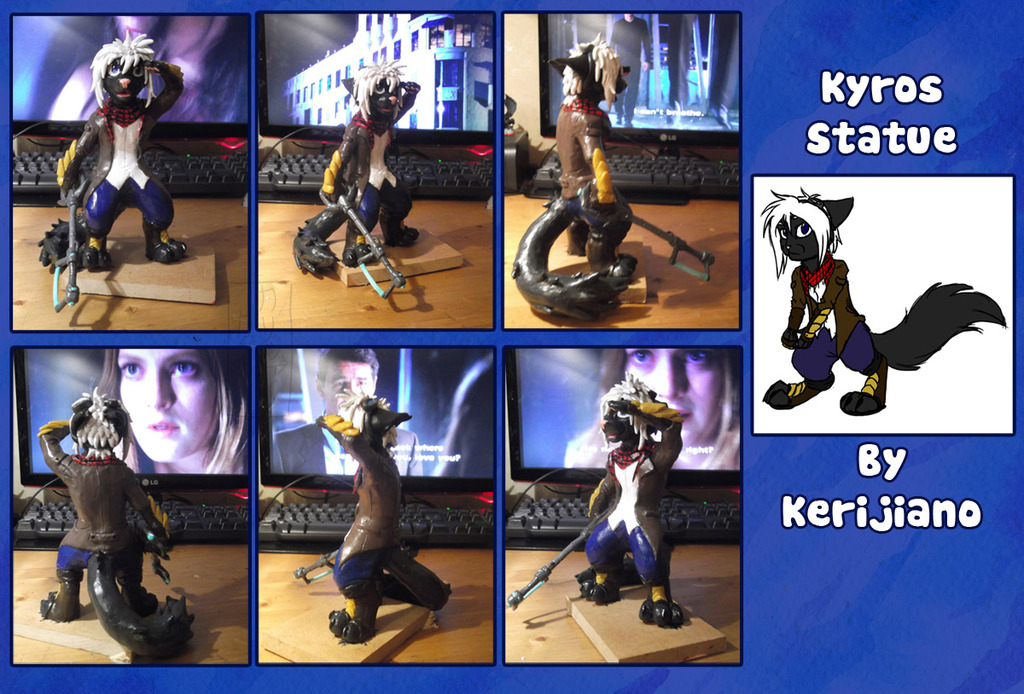 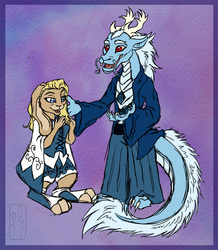 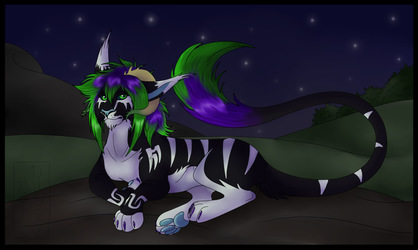 Kyros is done! He took me a little bit of time, since I had to alternate from suit work to him, but I'm really pleased with how he's come out, considering the last time I worked with clay was back in 2009 xD

He's an anniversary present for Kai :3 Pretty much his own character, originally based off of kingdom hearts, hence the keyblade, but since then has evolved to have his own story (well him and a bunch of other characters!)

He's made from a wire frame bulked up with tin foil, and then sculpted with sculpey clay (super sculpey clay) and painted with acrylic paints :)