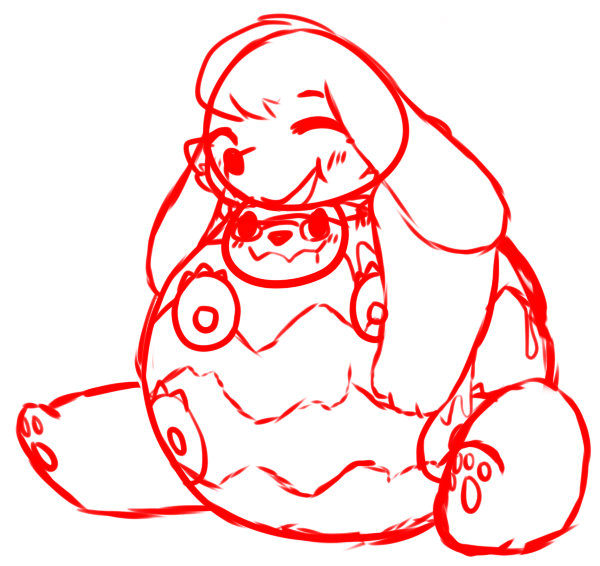 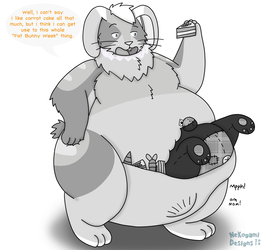 This artwork was originally done by plasticle and features the character of Kotetsu
Don't forget to see the original artist here https://www.furaffinity.net/view/18382855/

"....There, now my belly's a big fat Zigzagoon too" Kent said, cheerily to his current occupant. He hadn't realised, until just after finishing the gulping, that there was someone in the taffy. Though, he was rather welcoming to Kotetsu, and it even gave Kent a bit of an idea. A mischievous one, though, as he styled up his belly in the look of a fat Zigzagoon, which might look innocuous from a distance. It would be close up that would be the mischief, as it would allow the Womble to gulp up a lot more critters into his gut.

He had pondered turning Kotetsu into a Womble like him, but Kent decided against it, instead having the much better idea of keeping the Zigzagoon as a belly pet for a long, long while. :3