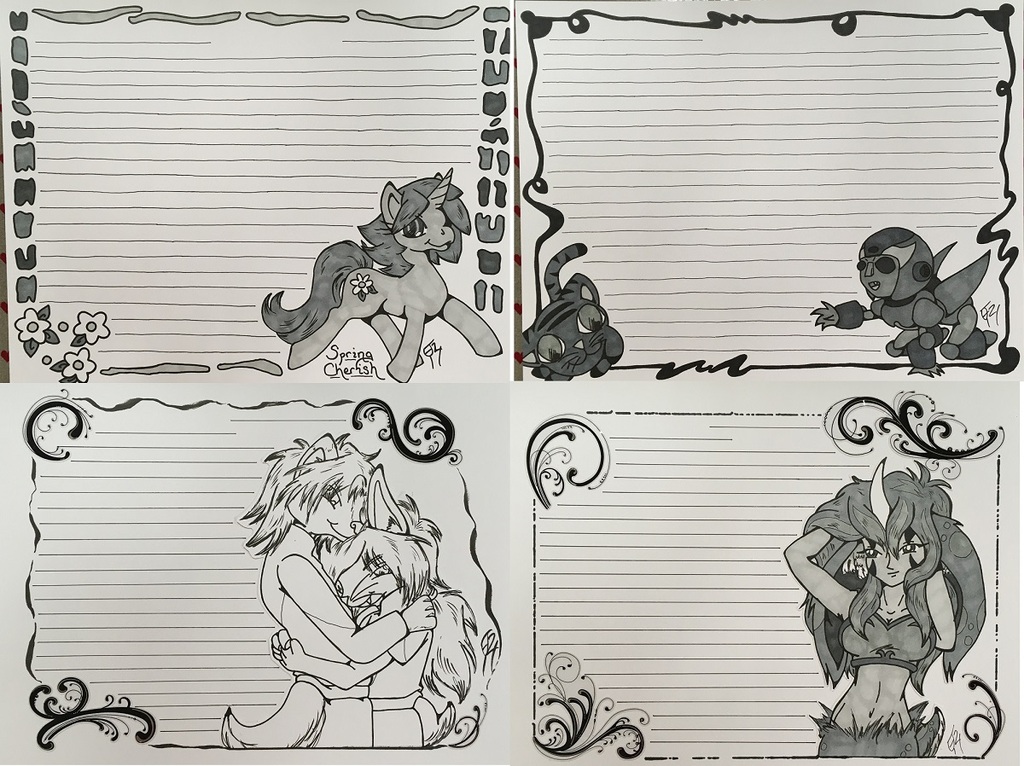 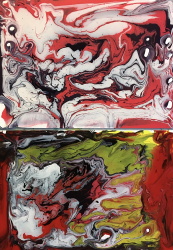 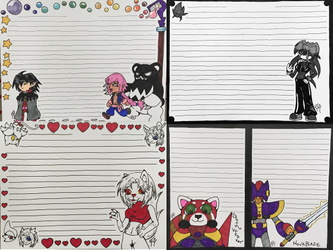 So, one of my projects to do this year, as I commit fully to getting back into pen-palling........making new hand-drawn stationery.

The top two are new originals, though the Stormbreaker is kind of a redraw of a doodle from a couple years ago in my sketchbook--by original, I mean new artwork/poses specifically for the stationery. The lower two are reused art, created by taking my lightbox and tracing lineart of fully colored, previously finished pics. The Reni one is adjusted, as the original pic had her topless. laughs

When I make stationery I will either use pre-made borders from a reproduceable borders book, from scrapbooking stickers or from craft stencils. If I feel original enough, I'll make my own border. Lines are dependent on sometimes I'll use a ruler and hand-draw them and sometimes I'll print off a pre-prepared page of lines made in Word.......it really depends on if I feel like using glue to cut-and-paste or just use a pen and pencil. chuckle Here I've resorted to craft stencils and stickers for my borders and hand-drew the lines with a ruler.

OCs belong to me. Transformers and My Little Pony belong to Hasbro. Delteva species belongs to NikiNazu.