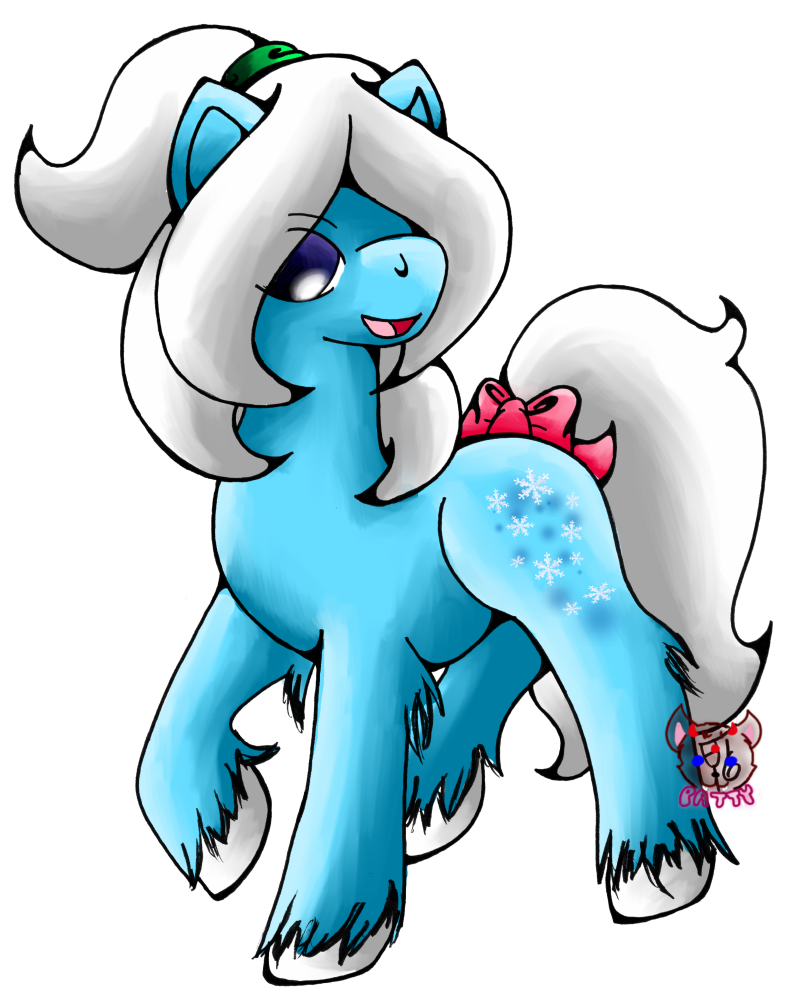 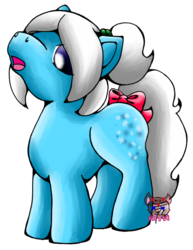 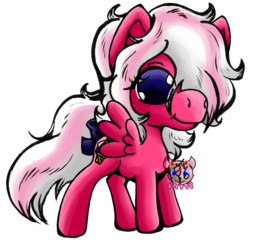 There's actually an inspiration on how I came up with this Pony (though I should've made her sparkly if that's the case! XD)--was walking to my mom's on an early morning before the sun came up and the snowfall we had just gotten overnight was really pretty and sparkling under the streetlights! :)

The daughter of Cherry Blizzard and Frosted Mint of the Winter Mountain. Unlike her parents, Snowdust Sundae has a symbol (cutie mark, in the new terms) on her. :)

MLP belongs to Hasbro, this is my own OC.