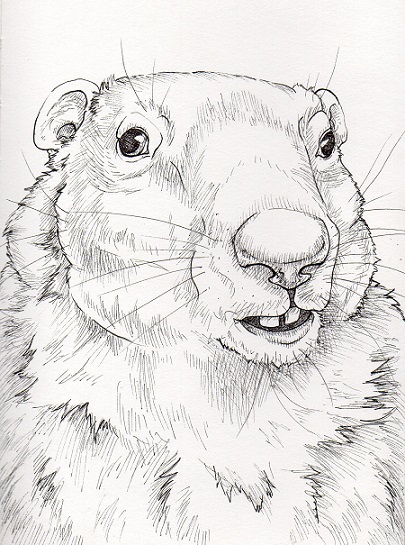 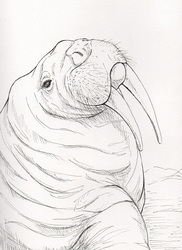 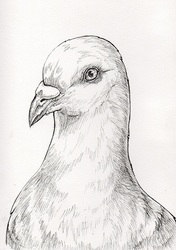 Totem of the day is Groundhog! A new area of study is about to dawn on you, so be aware of possibly intense study although the work will be well worth it! There may be an initiation process soon that will rebirth you with a new sense of personal self. Make sure that your boundaries are clearly stated so that there is no confusion. The Groundhog totem is known for it's connection to trance, dreams, and the mystery of death. The digging life of a groundhog shows us how to find the depth of our studies and remind us that hard work and deep study may take a long time. The groundhog can show up at times when we need to set our boundaries strongly in order to gain the respect of others. Their hibernation cycle connects to the idea of death without dying, connecting us to the powers of lucid dreaming. Pay attention to your dreams if Groundhog has shown itself to you. People who connect with Groundhog are skilled at lucid dreaming and have a strong interest in the study of life and death. These organized types are known for their clean households and protective nature about their homes. They are the strongest in mind and spirit during the spring and summer when they get the most work done.

Groundhogs, Marmota Monax, are herbivorous mammals that can live up to 6 years in the wild. These rodents are also called woodchucks or whistlepigs and are the largest member of the squirrel family. They are one of 14 species of ground squirrels, or marmots. These digging rodents can reach up to 24 inches long and around 13 lbs as adults and grow long tails up to 10 inches long. These animals are found strictly in North America from the southern United States to Canada. They are solitary creatures that prefer to live in wooded or grassy areas in underground homes dug with their powerful digging claws. These burrows are dug as deep as 6 feet and approximately 20 feet wide. They are known to keep their burrows very clean, changing out the soft nest padding on occasion. A Groundhog will incorporate two to a dozen entrances and they will even often create a winter burrow in the woods and a summer burrow in grassy areas for the warm seasons. A groundhog's diet consists of plants, tree bark, grasses, and fruits. They are known for raiding gardens and other crop areas for food. Groundhogs will forage mostly around their dens for they don't often wander more than 50 to 150 feet during the daytime. They are able to eat an entire pound of food per sitting and will nap in the sun afterwards. This insatiable appetite is aided by the consistent growth of their incisor teeth during the warm months and is necessary for their hibernation during the winter months. The groundhog will feast throughout the warm seasons in order to build of fat layers before resting in frost-protected portion of their chamber-filled burrow. Their heartbeat will slow from 80 beats per minute to a mere 5 beats per minute. Respiration will lower from 16 per minute to 2 breaths per minute while their temperature lowers from 99 degrees Fahrenheit to 37 degrees Fahrenheit. This brings up the American custom of Groundhog Day held on the second February which tells that if a groundhog sees its shadow that there will be six more weeks of winter. Upon waking in February, male groundhogs will instantly begin searching for female dens and will dive on in. It is theorized this behavior helps to introduce the male's to possible breeding partners when mating season begins in the spring. Female groundhogs will give birth to between two and six babies which are born hairless and blind. These helpless young mature incredibly fast, however, and are able to leave their mother's den to search for spots to dig their own homes within approximately three months.