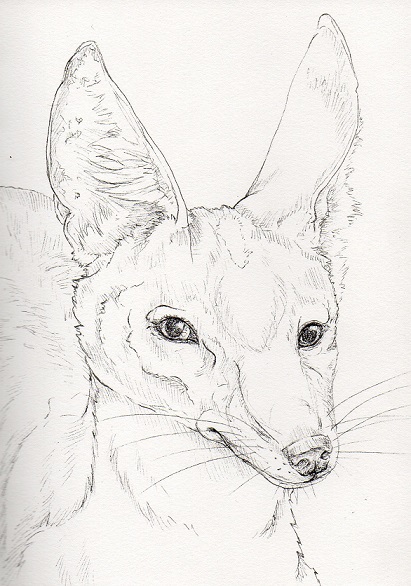 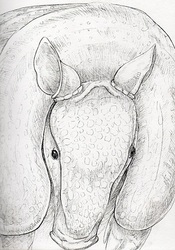 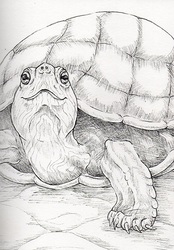 Totem of the Day is Jackal! This means that you are well protected in any travels you may undertake with clear forewarning of any coming danger with enough time to avoid it. Be alert to any upcoming opportunity that shows up in the next few days and be willing to act on it. You may have a past-life connection to Egypt and you have a strong protection around you no matter where you go. Jackal shows when there is a goal that may require the cooperation of friends or family. The Jackal totem is known for it's connections with adaptability, the afterlife. fun, family, and communication. At times, Jackal can be a warning that danger is on it's way and one must be careful to protect themselves. However, Jackal can also be a sign that you have the skills necessary to uncover resources and skills that will aid in success. The Serer culture found in West Africa believe that jackal was one of the first animals to be created while cultures in Pakistan saw Jackals as brave, solitary animals. Native American tribes often viewed Jackals as shape shifting tricksters. Those that connect with Jackal are scavengers with the ability to find useful items even in the midst of a large collection of items. They are clever and intelligent individuals who become very loyal to whoever they choose as their mate. These people may find that work as a hospice worker or anything that connects with helping souls to the next life as satisfying work. Anubis, the Jackal-headed God of Egypt, is an iconic Jackal deity that deals with the passage of souls into the Underworld.

Jackals, Canis Aureus, are carnivorous mammals that can live between 8 and 15 years in the wild. These medium sized canines feature large ears with a narrow narrow muzzle and grow to approximately 33 inches from shoulder to rump. An additional 10 inches of length comes from their long tails. Jackals stand at generally 16 inches at the shoulder with a weight ranging between 11 and 16 lbs. Jackals consist of three species: The Side-striped Jackal, Black-backed Jackal, and the Golden, or Common, Jackal. These three species are identified by the coloration depicted within their names. The Black-backed Jackal possesses black hair running from it's neck to it's tail. They can be found throughout the southern tip of South Africa including areas in Namibia, Zimbabwe, and Botswana with a second population occurring throughout Africa's eastern coastline in areas such as Ethiopia, Somalia, and Kenya. This species prefers habitats consisting of woodlands and savannas. The Side-striped Jackal prefers a more moist environment in tropical areas of Africa where they live in bush lands, mountains, marshes, and moist savannas. The third species, the Golden Jackal, is the most northern jackal species and can be found throughout southeastern Europe, Burma, and South Asia with a preference for dry habitats such as arid grasslands, savannas, or deserts. For approximately 150 years, it was thought that the Golden Jackal's territory extended down into North and East Africa. This would make it the most wide spread species of Jackal and prompted a scientific study published in the journal Current Biology by Robert Wayne and his colleagues in 2015 as to why it would be so prolific. Through DNA testing and further studies, it was concluded that the Golden Jackal found throughout Africa was actually a species of wolf that had adapted markings similar to jackals. It was named the African Golden Wolf, Canis Anthus, and are a much smaller, less abundant species that originally thought when confused with the Eurasian Golden Jackal. The Golden Jackal's fur is generally a yellowish hue with brown tips, but can actually vary depending on the region or season. The diet of a Jackal consists of primarily meat such as reptiles, antelope, carcasses leftover by other animals, and birds. However, they will also consume grasses, insects, and berries on occasion. Jackals will often eat what they must when resources are low and will even consume decomposing flesh or trash left by humans. In order to increase their odds when hunting, Jackals will group together in packs ranging from 6 to 30 members. However, some species will hunt in smaller pairs or even alone. When in packs, Jackals will work as a team defending their territory and hunting together. Activity occurs both nocturnally and diurnally for the Black-backed and Golden Jackal, while the Side-striped Jackal is primarily nocturnal. Communication between Jackals occurs through a wide range of vocalizations and families will even possess specific sounds that only other members of their family will respond to. Side-striped jackals are even known to hoot like owls. Jackals will choose only one partner to mate with for their lifetime. A female will give birth to approximately 4 babies in a hidden, underground den. These pups are born with sealed eyes and are cared for by both the parents. After 10 days, their eyes will open and they will consume a mix of milk and regurgitated food until they are weaned at 2 months of age. In order to protect her pups from predators such as eagles, the mother jackal will move them to a new den every 2 weeks. Around 6 months, the pups will begin to hunt and they become fully mature between 6 and 11 months old. Afterwards, some jackals will remain in their pack to aid in caring for future siblings while others will choose to leave their parents.