Sonar the tech bat Ref (no tech) by KayDee 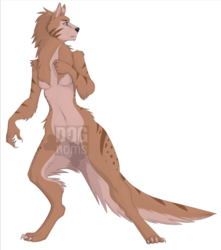 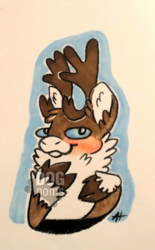 Sonar is an old character of mine that I first created many years ago in SL with the Mutation Industries red bat.
I quickly fell in love with him as an oc and always felt rather attached.
I tried revamping him with a combination of a mesh body and some parts from the Kinzart Kreetures bat but I never finished it....

He is now loosely based on the Egyptian Rousette bat since they are one of the only fruit bats that use echolocation, which Sonar does.
Also he's extremely socially awkward and contracted rabies though it mutated so instead of killing him he just... froths at the mouth constantly and is a bit bat shit crazy for lack of a better term... I have a whole backstory for him that isn't completed that I may finish some day.

His design got shelved for another year or so and well now that I'm making efforts with my drawing, here he is in his frothy mouthed glory.