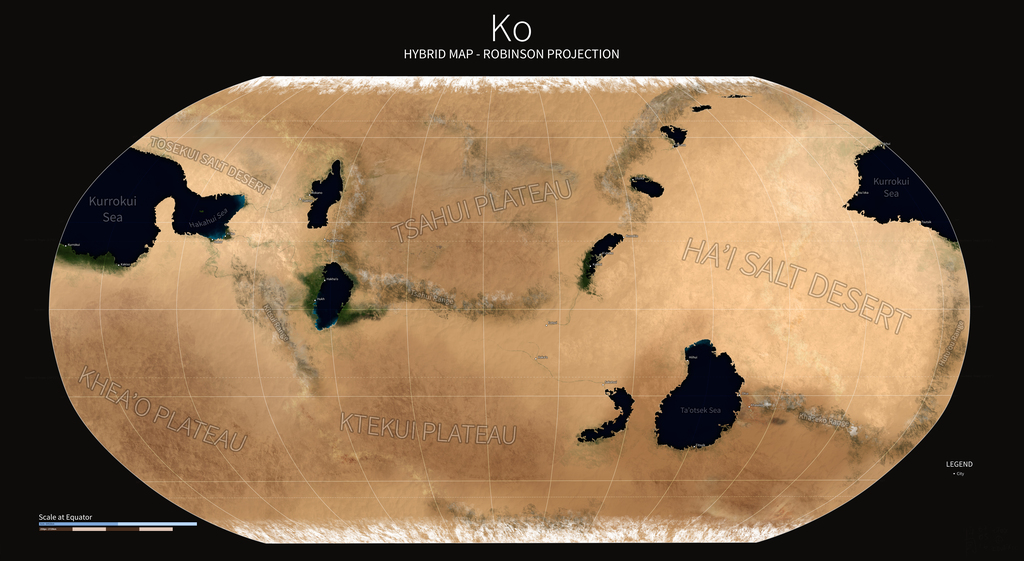 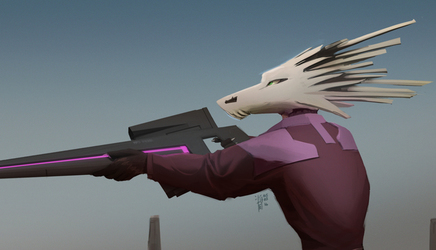 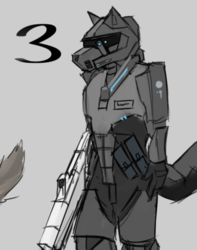 Finished my first map of Ko, the ikimo homeworld.

Ko is the homeworld of Ikimo, orbiting a bright and hot type F9 star. In its past, it's certain that the planet had abundant oceans, but these had long dried up, leaving behind vast salt plains, high continental plateaus, and hidden underground aquifers.

The ikimo population of Ko is nowhere near that of Earth's, despite the ikimo's adaptation to their environment, as many prefer to stay in close proximity to one another in cities.