Drown your Gods by Katzbalger 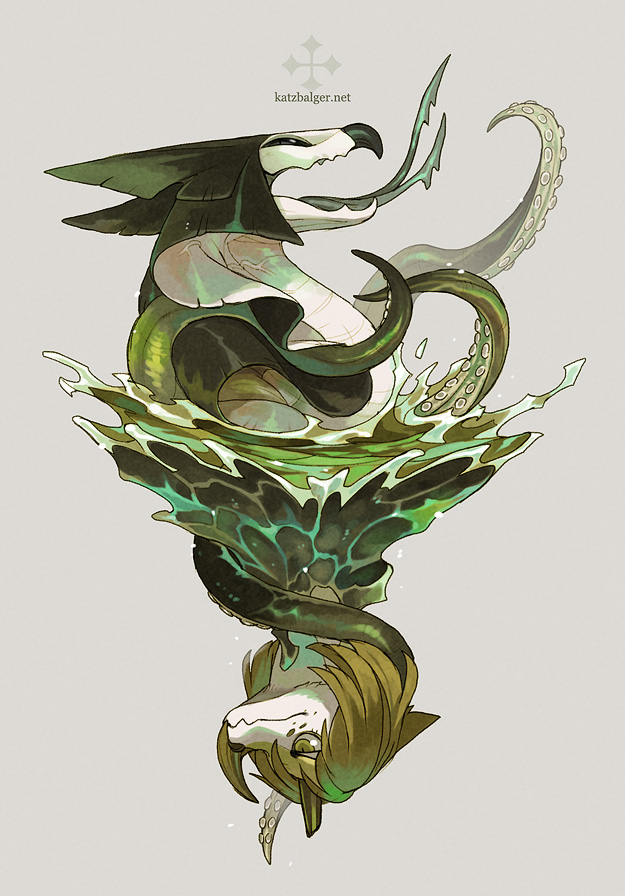 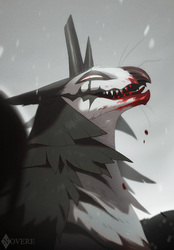 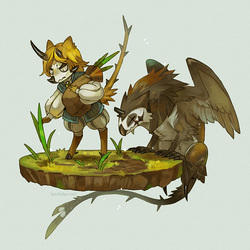 I haven't actually painted something in a while... Lately George Kamitani just happens to be one of my favorite artists everrrr... I just really looked a lot of art lately after taking a longer break from drawing for myself (well, and drawing for off-site shenanigans...).

Been really inspired to try painting again, even though I used lines regardless.

Just a small (and more or less) dynamic portrait of Medusa and Wynn. They're both the same character... Medusa goes by "drowned goddess".
Which coincidentally isn't an Ironborn reference, although everything seems to hilariously fit... Or maybe the Greyjoy wallpaper I've been using for over a year already burned itself into my brain deeply enough to corrupt me fundamentally... We'll never know. I'm derailing here, really.
Most gods of Wilde are dead and carry a title basing off of their execution (blablabla).
Wynn more or less accidentally reveals her face at some point, which ironically happens before imminent death of drowning.
She also saves Edytha from a mire wyrm. Also, those tentacles are her own. She's a kraken-ish leviathan.