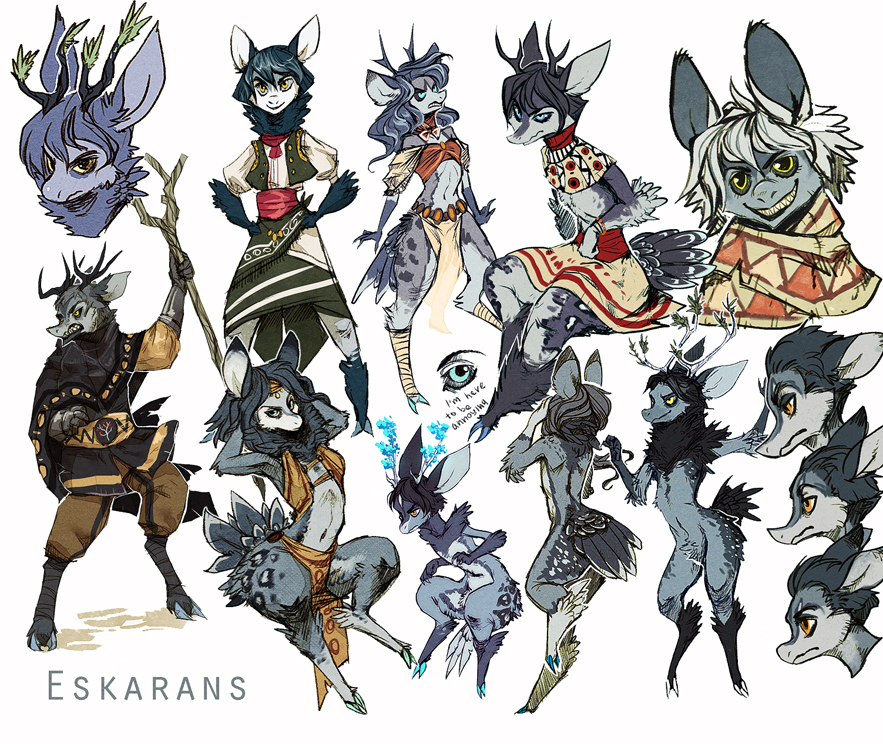 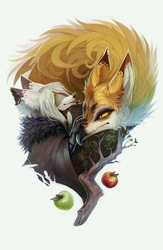 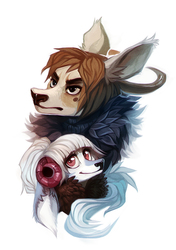 Uhh, idk I just figured I drew them enough to compile a small dump from these. Most of these are from today-yesterday, few are older (precisely the ones with green on horns, it was before we decided plants they grow are blue)

Eskarans are sort of like Goetia gypsies, they are very tightly tied with earth and nature, and don't really have a country per se, they travel around the continent a lot. They are kin to novern, allevians and eryni(collectively "ethemaru"), but would probably be the most barbaric nation of them all. They are also the most peaceful, because hurting living things can resonate in them very badly.

There are not a lot of them, and they are considered rather mysterious. Martels also condemn and hunt them down (at least they used to in dark ages) because eskarans don't worship three-faced goddess (whoops, typed tree initially LOL), hense being complete heathens.

Plants on their horns are a cultural thing - it's a ritualistic process when they take plants and mushrooms and establish symbiosis with them, proving that they are indeed one with nature. They do it through their magic.
It's kind of weak (barely enough to make a flower bloom), especially in modern times, although eskarans have legends of druids from the dark ages who could make trees walk.

oh right, they have dark sclera, I decided that half way through sketching these

ON a PERSONAL NOTE: I've been feeling really odd lately, constantly tired, sleepy and just in general unwell, I suspect weather, but if I come out as a bit spastic or unresponsive - it's that.