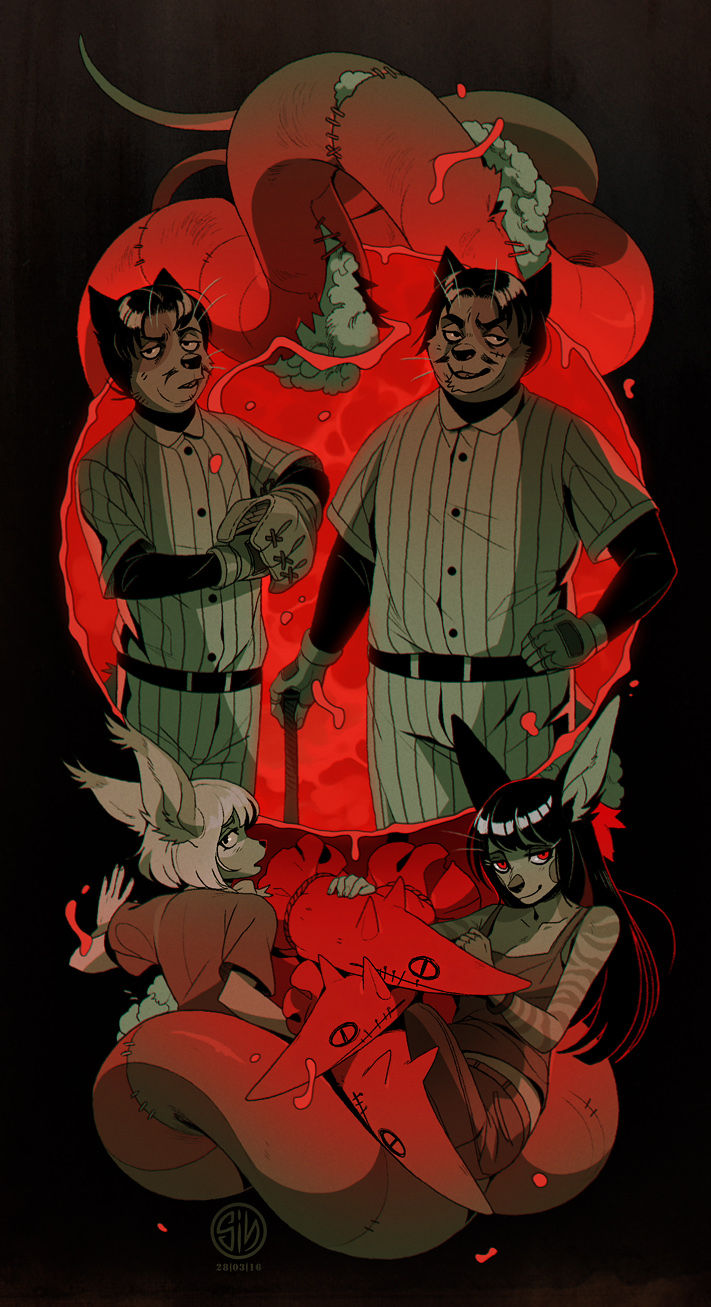 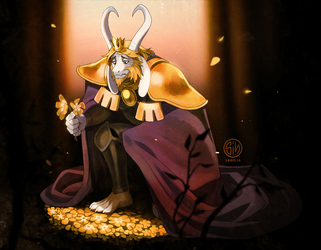 More backlog, ahhh! Apologies! D:
(We're both awful at managing sites, to say the least, but I have new art sooner.. or later!)

Description from our dA gallery:
I'm leaning more towards comic book-esque styles, flat, surreal... Mostly inspired by Kaneoya Sachiko's art as of lately. Somehow, it feels much more "at home" and "fun" to me. At least lately.
I have a drafted test-comic floating around and I kind of want to take it there... Well, eventually. It's just a 15 page experimental narrative that I already know I won't finish (jk, I will try after finishing other personal projects; specifically stuff May and me wanted to work on together).

Nothing coherent; it just features Masato (top left), Makoto (top right) and Mee-yon (bottom left) and Lien (bottom right; coiling around is Lien's (unnamed) Malady which has three bagged heads).
Take it as you want; you probably know what meat metaphorically stands for. Insert joke of poor taste here and a "well-done" slap on the knee. Still didn't name 60s canon, so I'll just go with "canon of cannibals" for the time being.
Mee-yon and Lien belong to May.