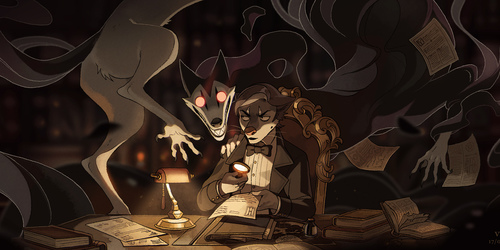 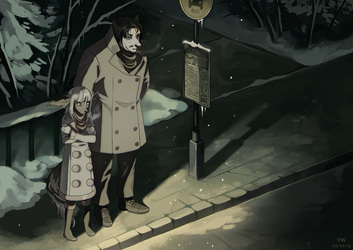 Jan-Marrah is a cultural melting pot of the South. The Northern melting point, Hershey, is nothing in comparison due the South boasting its vast slave market while the North has shut down such services long ago... They don't call it slavery up in the North, only "cheap workers"... - Alyvians do their business there with their blood-neighbors, Eryni. It's a blooming slave market of colorful things; Karrans, Umat, slaves, slave gold and slave accessories (cackles). All sorts of exotics that would most likely end up unwelcome in the North.

Being natively Martel and formerly living much closer to the Southern hemisphere, Harlan takes annual trips to Alyvia. Just checking the market, finding new trinkets, maybe a new private concubine or two. His accountant, Alexander ended up being a rather useful individual because he had studied Jian languages and dealed with them first-hand up in the North. He makes a good translator, but he has poor manners around the locals, and as you can see, takes way too much enjoyment out of aggravating an Umat slave. Eryni guard has to step in. Harlan is most likely looking for a bird or two for his newest acquiries, two Suoli girls he bought from a private handler.
Also, they have to keep up some dress code. Northerners dressed like Northerners aren't welcome.

(not my favorite piece I drew, but that is because, yes, the composition was poorly winged <_<)