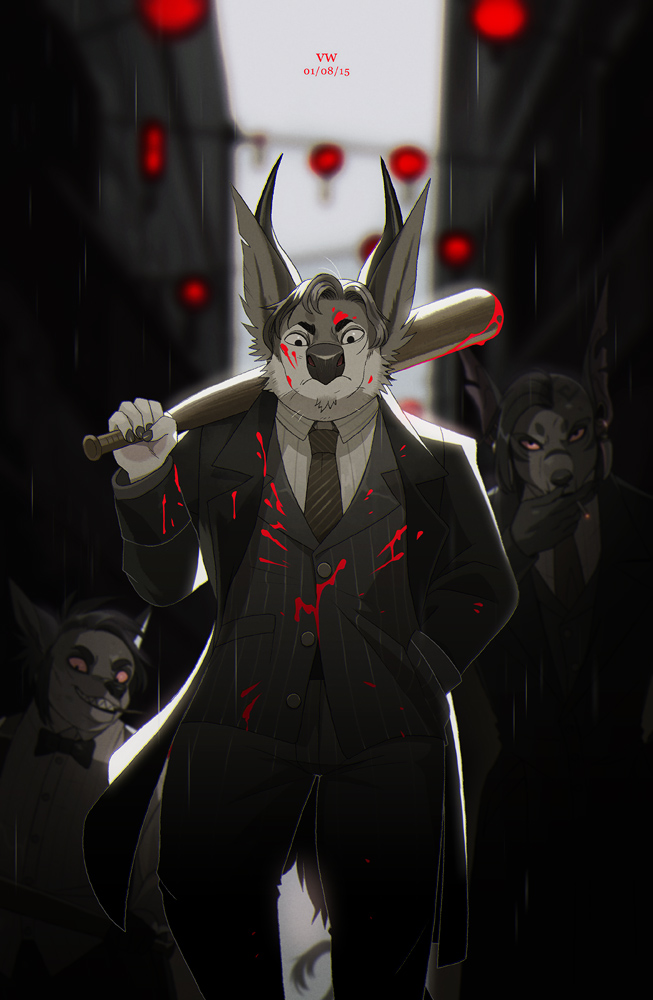 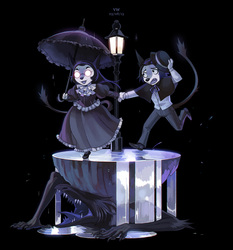 Zhao Doro, or simply the Khan is a little bit of a self-proclaimed ruler of the Jian district of Hershey, hence the title of Alyvian lordship. He's Alyvian drug lord, seated in a what was a small restaurant once, the Jade Apple, or Jha Pangya in its respective language.
He's successful in his business, of course, he deals with all sorts of plants from his home country in the Summer South. A bit of a stereotype, as Alyvians are historically keen herbalists with a natural affinity to plants.
He doesn't like debts. Well, he certainly sticks to his word and promises - for the better or worse. You either pay back, or pay with blood, that's how it's always been.
Alyvians, just like Zhao, don't like to make their hands dirty. They usually have someone else to do the deed for them, they don't even like conflict, but if they have to retort to violence, they know how to make it a mess. Just because they're gentle hooved beings, not carnivores with claws and sharp teeth doesn't mean they don't know how to fight back.
Well, Zhao is dreaded, even by his Naoli henchmen. Especially Kha, feared by his own peers, wouldn't want to mess with the Khan.

Background cameos by Toad (Tao) and Kha himself. Zhao usually has them along when he does personal business. There's probably Alexander, his translator, waiting outside in the street for them to finish. Alexander only saw the Khan get violent once and it was enough for him to violently empty his stomach with a sudden sensation of dread. It was in his early days when he just started working for them, a youngster linguist who had no idea what he signed himself up for. He thought he'd work with the cool gangsters of Hershey, but it's not as cool after all. He pays well though.

I don't know who's the victim, but you can be assured it's not a good person either.