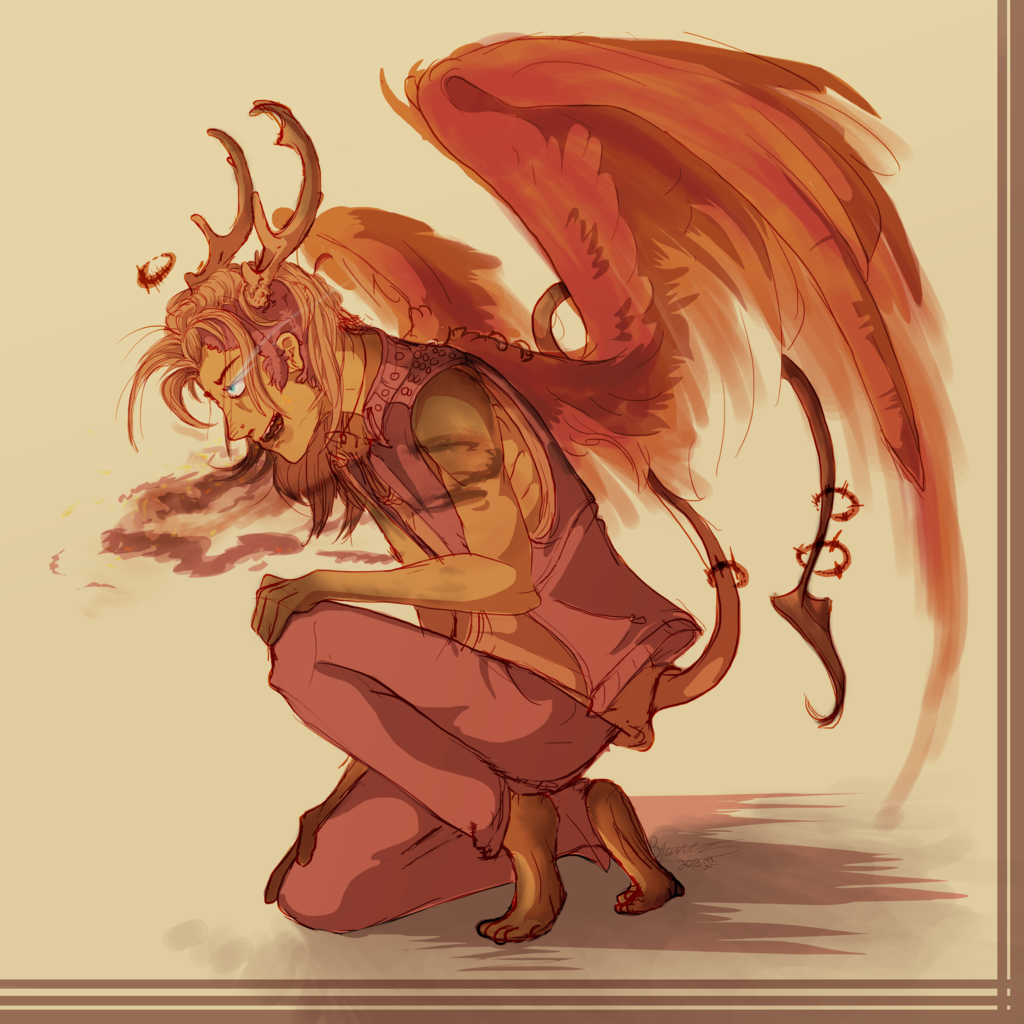 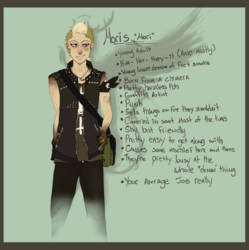 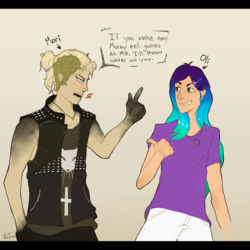 -[Old Art]
"Insane inside.
The danger gets me high.
Can’t help myself, got secrets I can’t tell.
I love the smell of gasoline. I light the match to taste the heat.
I’ve always liked to play with fire. "
.
Sketchy doodle I took way too much time on.
Fun fact about Mori, he has this sort of frenzy/mob mentality thing. He's generally really chill and friendly, but when overstimulated or exposed to chaos for a prolonged amount of time he feeds off that energy and kinda gets caught in his instincts to join in and make things 10x worse. It's basically him being overtaken by his animalistic nature. There really is no holding him back at that point. You just gotta step back, let him wreak his havoc and cool off.

Never let him join a mosh pit. He'll probably take it too far.
.