A relatively new gallery for me. I'll do my best to get it up to speed with the rest of my newer works. 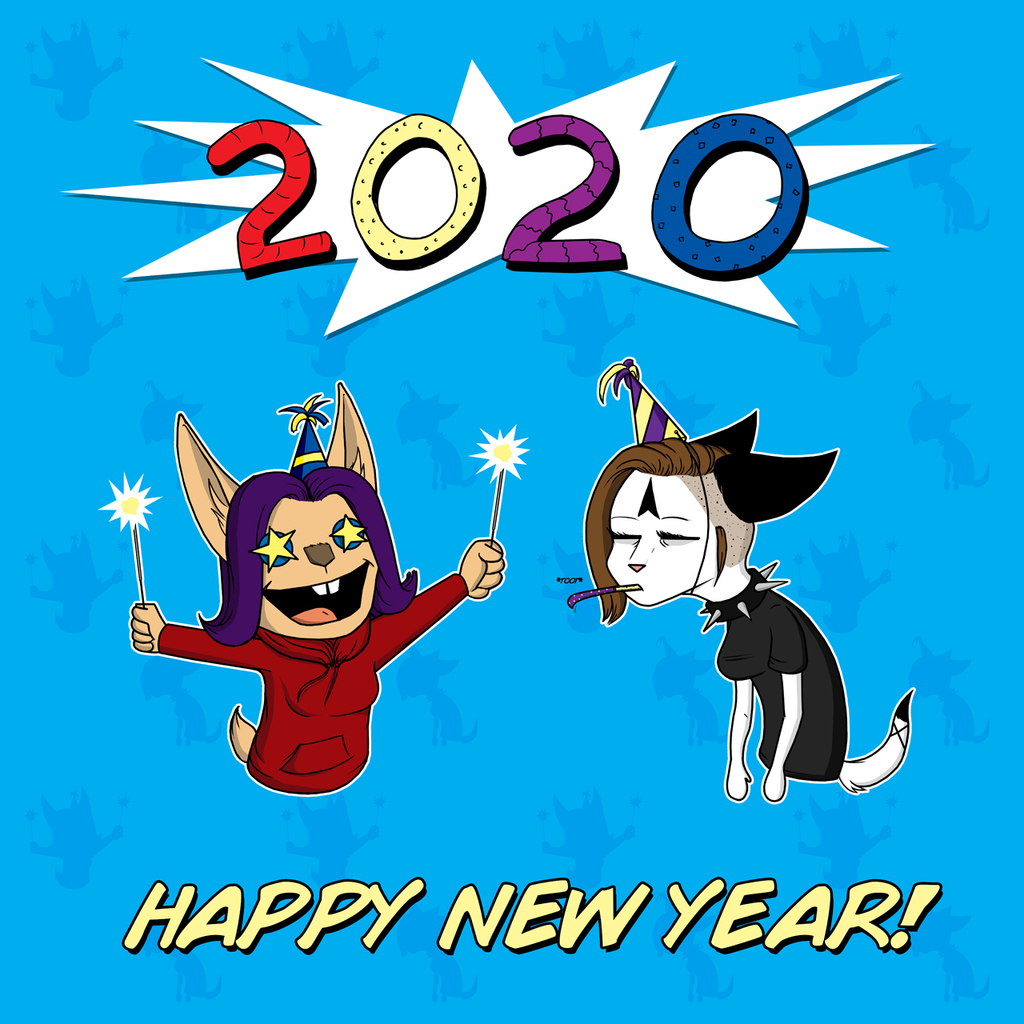 Apologies in advance; this is one of those frank, introspective journal posts. I'm sure the relationship a lot of people have with any artistic endeavour is fraught with the ups and downs of anything in life, but there are times I wonder if it's worth that kind of emotional whirlwind. As I look back on my latest work, I feel a sense of pride in the accomplishment, particularly when compared to the artwork I was making earlier in my artistic career. I doubt I'm that much different than any of the thousands of artists around the world who dabble in something creative, feeling elation one moment and discouragement the next.

And yet... I can't help but feel that something's changed about me. I'm not the man I was even 10 years ago, let alone 18 when I first started drawing these characters. It's hard to believe they've been kicking around my head for so long, certainly long enough to see the ascendancy of an entire cottage industry around commissions and YCHs begin in the furry community. No shade on the pros who do this for a living; I love to do that... I just don't know if I ever can. Even if I had the ability to grind out sketch after sketch or stream online (another feature absent when I first started), I doubt I'd have the energy to keep up the pace. My day job is a daily grind and compounding that with three decades of slowly progressing liver disease... well, I'm not exactly the most energetic of people, to say the least.

Physical and artistic limitations aside, I also worry that there really isn't an audience for what I do. My characters skirt the line between real-life and fantasy, and my art style centers more on the "anthro" side of "anthropomorphic", with a facial structure closer to a human's than the more anime-eyed cartoon style that the more popular furry artists have adopted. I like to go for as much realism as possible in the constraints of the fantastical element, perhaps even to my detriment. It's a thought that's crossed my mind.

Frankly, there's a voice in the back of my head telling me I've lost the drive I once had for my art. But at the same time, I've devoted more time to it than at any point in the last 3 or 4 years, I'd say. So why the conflict? What do I feel I need to prove?

Perhaps there's something deeper at play here. If I cast my mind back to when I began in 2003 on DeviantART, it was a relatively new website then. Furries almost felt like a novelty; there were plenty of us of course, but starting out, you gravitate towards those of your own skill level. I had quite a few folks who commented on my early works, but I don't think any of them remain active users, let alone artists. I suppose that it is simply a reality of the onward march of time; for some, the fandom was a passing fancy or a phase. Yet for me, it has remained steadfast, waning on occasion, but I keep coming back to it... feeling like I stand alone among giants, the big names that I follow on my new account that put out incredible art week after week, some even multiple times a week. It is folly to compare oneself to others, particularly professionals who have worked hard to build their talents, but as I look about me, it's little wonder I feel so discouraged at times. It's like I've lost touch with the community itself; forgetting that I too started scribbling on loose sheets of printer paper, dreaming of fantastical characters getting into naughty shenanigans while living larger-than-life. I need to reconnect, to find others who feel the same way and nurture their talent and creativity the way others did me all those years ago.

I need to trust the process. It's a phrase I've started to tell myself more and more, especially as I started learning guitar a few years ago too. No matter how bad something might feel midway through the design, by the end, you'll end up with something that looks really nice, so keep at it. Put in the time. It's worth it. And that's what I'm gonna continue to do: trust the process. Build up a portfolio I can be proud of, put my new tablet through the paces, work at building speed, then focus on the pieces that really matter, all the while connecting with the broader community. I have a few with some references set aside for layout that I plan on getting to at some point, hopefully within the next few months, but for right now, I've been grinding out the process on a few of the older inked works and sketches that I liked, combining my trusty cuts method with cel shading. It's a little time-consuming and unfocused and some of the lighting can be a pain, but I like what I've created so far. Right now I'm backgrounding and working out the lighting for a few of those images, but once they're in place, the finishing touches come pretty quickly, so I think it's safe to expect more art over the summer. Trusting the process. That's the name of the game.

Thanks to whoever reads this. It's just something I had to get off my chest. See you guys around the gallery!