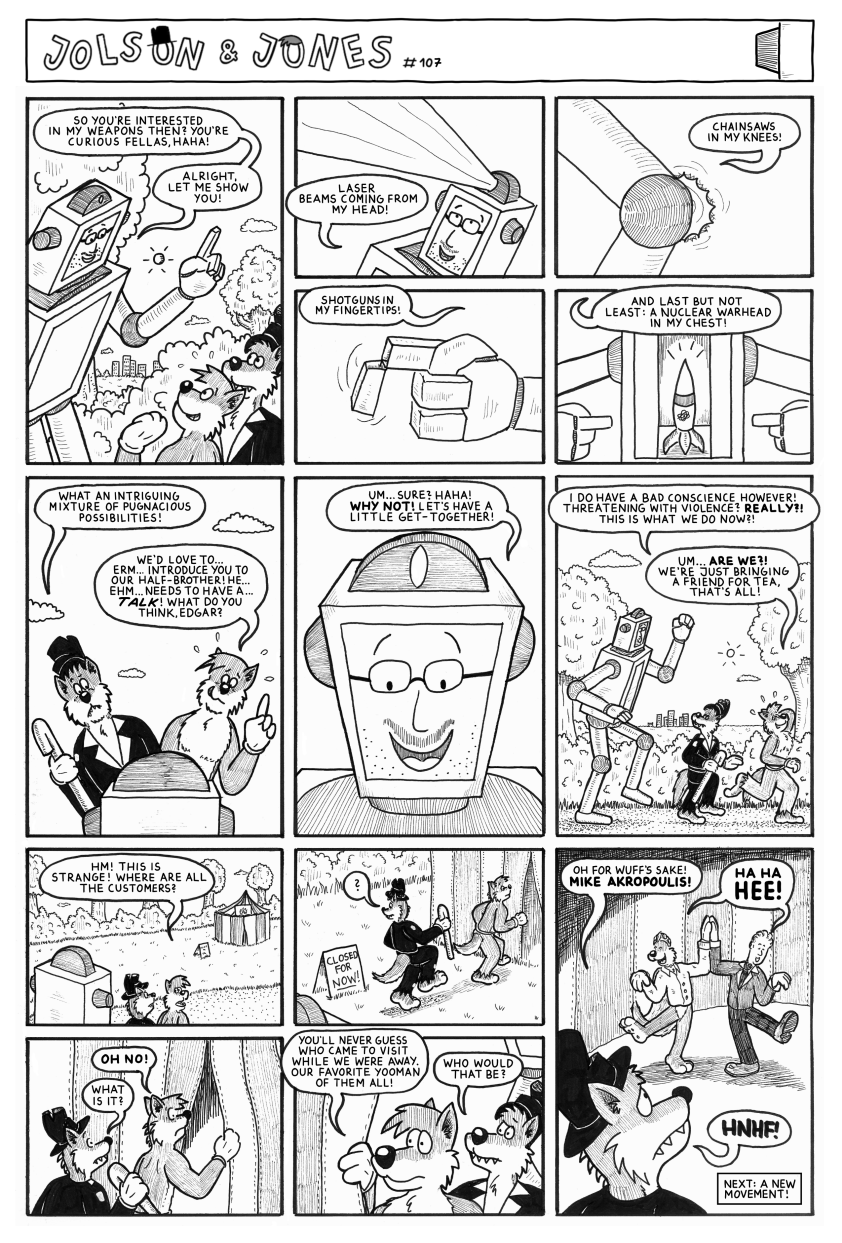 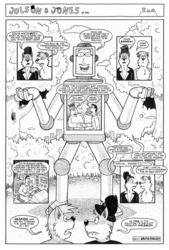 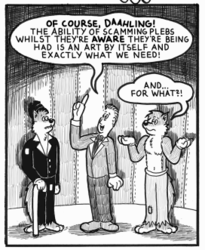 My original note at the time I first uploaded it (everywhere but here):

Oh no, Mike is back after all! Did you miss him?

It is a bit ironic that this page comes up pretty much right around the time Milo Yiannopoulos' career came to an end (or did it?), and for a day or two I even wondered how useless exactly the next few pages have become with his scandal about peculiarly worded statements about pedophilia or whatever the heck that was supposed to be. But the thing is: Mike may be based on him, but he's still his own character. Besides, I have nothing to replace the next few pages with. So on forward I go!

It's kinda funny though. Back then I first used him I wasn't sure if there even was a point of doing do. Milo still was rather obscure guy and almost nobody seemed to know him, so what was the use of riffing on him? As it turned out I was simply ahead of the curve! Shortly after that storyline ended his career (or rather his notoriety) really took off, and hardly any day went by on which I didn't hear about him in one form or another about his recent shenanigans. And now, that I "finally" bring that character back, the "fun" seems to be over, bookending his career of the self-proclaimed title of the "Internet Supervillain".

(Well, for NOW, that is. For I don't believe for a second he'll be going nowhere anytime soon. We'll keep hearing from him, pretty sure about that.)