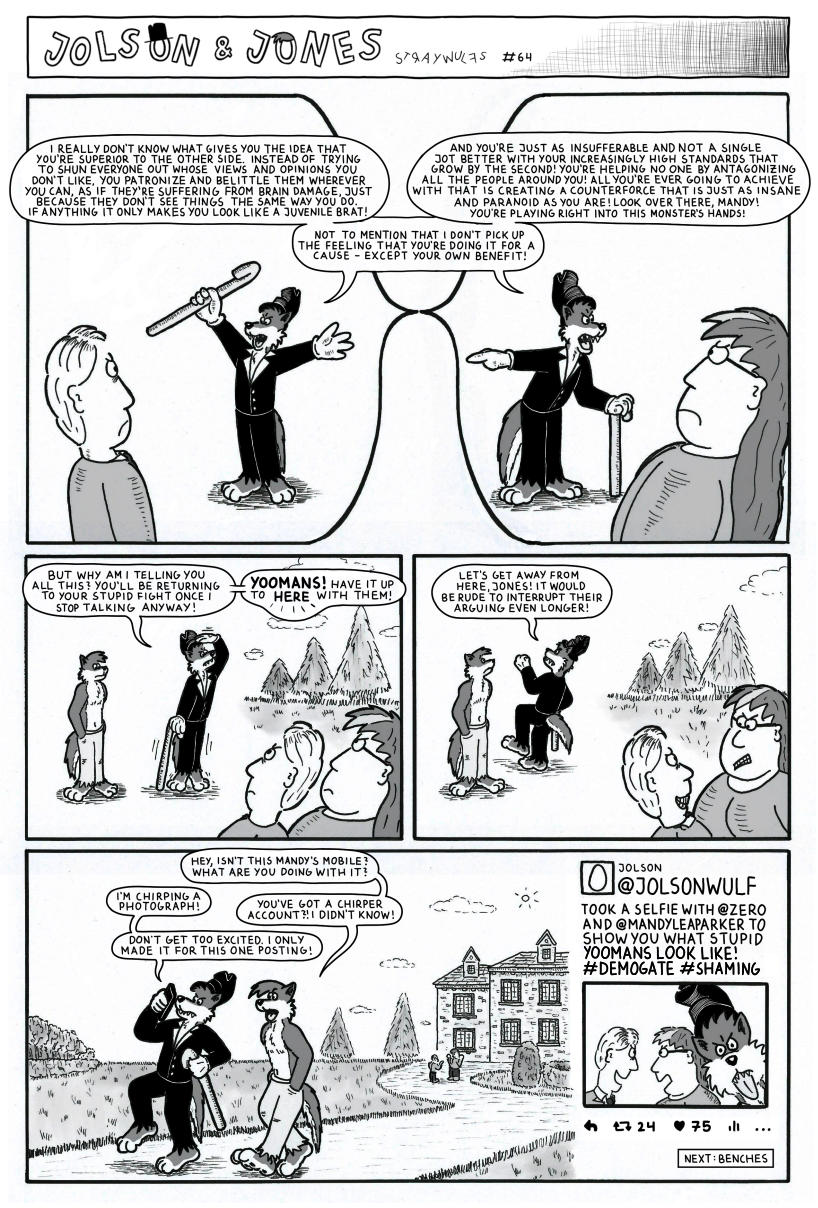 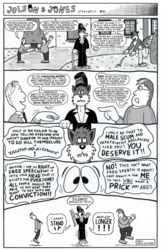 Eh, I'll be the first to admit that the walking looks a little odd on this one. Truth be told, this page was something of a rush job. Oh well.

Anyway, that would be it, the final page of the #demogate storyline! And frankly I'm quite relieved that it's finally over because it wasn't all that fun to make. Not so much the part of actually drawing the thing, mind you, but rather the research that went into it. (And yes, in our digital age watching hours and hours and hours of Youtube videos does count as research! ;) ) I don't think I've ever willingly dipped into such an atmosphere of negativity before as with this Gamergate bruhaha. While at first it was nothing more to me than just a crazy internet soap, the sheer amount of BITTERNESS involved in it on all sides actually managed to make ME bitter over time. The mining for material like catchphrases and such became a real slog early on, and in the end I'm not even sure if it was all worth it, since so much went unused anyway. ;)

So yeah, I'm rather happy to put all that stuff behind me now since I really don't want to have the Anita Sarkeesians, the Sargon of Akkads, the Randi Harpers and so forth inside my head anymore. And I can't say that I intend to look back on any of these people. (Although it'll be probably unlikely to fully escape them, because a lot of them tend to pop up here and there, so uh.)

Aaaaanyway, moving on! Though not possibly right away. There are a couple of other things that I need/want to do as well, not just because I'm slipping into a birthday marathon (Why do so many people I know have their birthdays in April/May??), there are also a couple of gift art pieces that I never really find the time for because I had to keep the comic going. So expect a break of a week or two until the appearances of new pages resume!