Make your own Kanada-Costume by Kanada 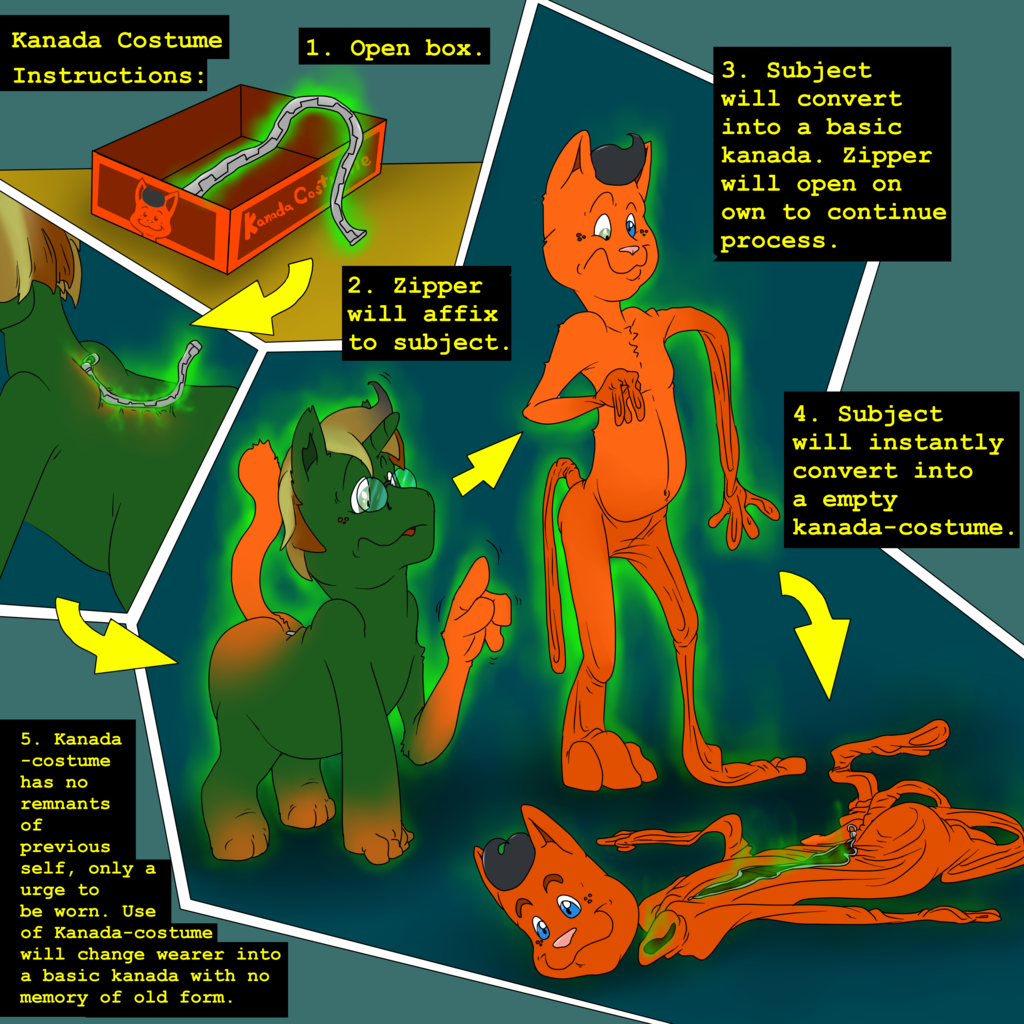 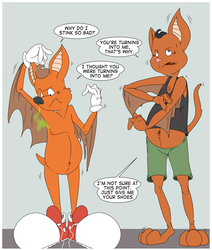 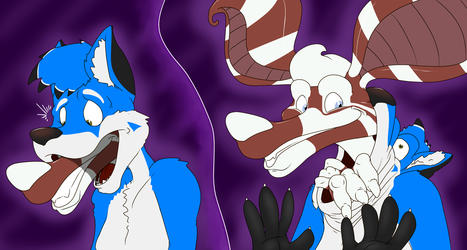 Infection Vector: Unknown persons purchase of a 'Kanada-Costume Kit' from 'Poot Products'. Item was delivered to subject and upon opening, starting the process detailed by the instructions in the box.

History: Upon opening of box, the costume kit began to transform the subject into a kanada-costume. The zipper affixed to their body and became fused to them. Following this, they transformed into a basic kanada cat with the usual features. The process continued as the zipper opened, transforming the solid kanada into a hollow costume.

Infection level: PERMANENT.
Paappa_Brony no longer exists. They are now a :kanada-costume.
The costume is made of a fabric bodysuit and a mask in the likeness of your average kanada cat. Once slipped on, wearers are transformed into kanadas with little to no memory of previous self. They do mention hearing a voice in their head while wearing the suit, encouraging them to put it on and zip it closed. There is no trace of the original form of the suit left, merely a urge to be worn and transform others into kanadas.