You're All I Want For Christmas by Kalid909 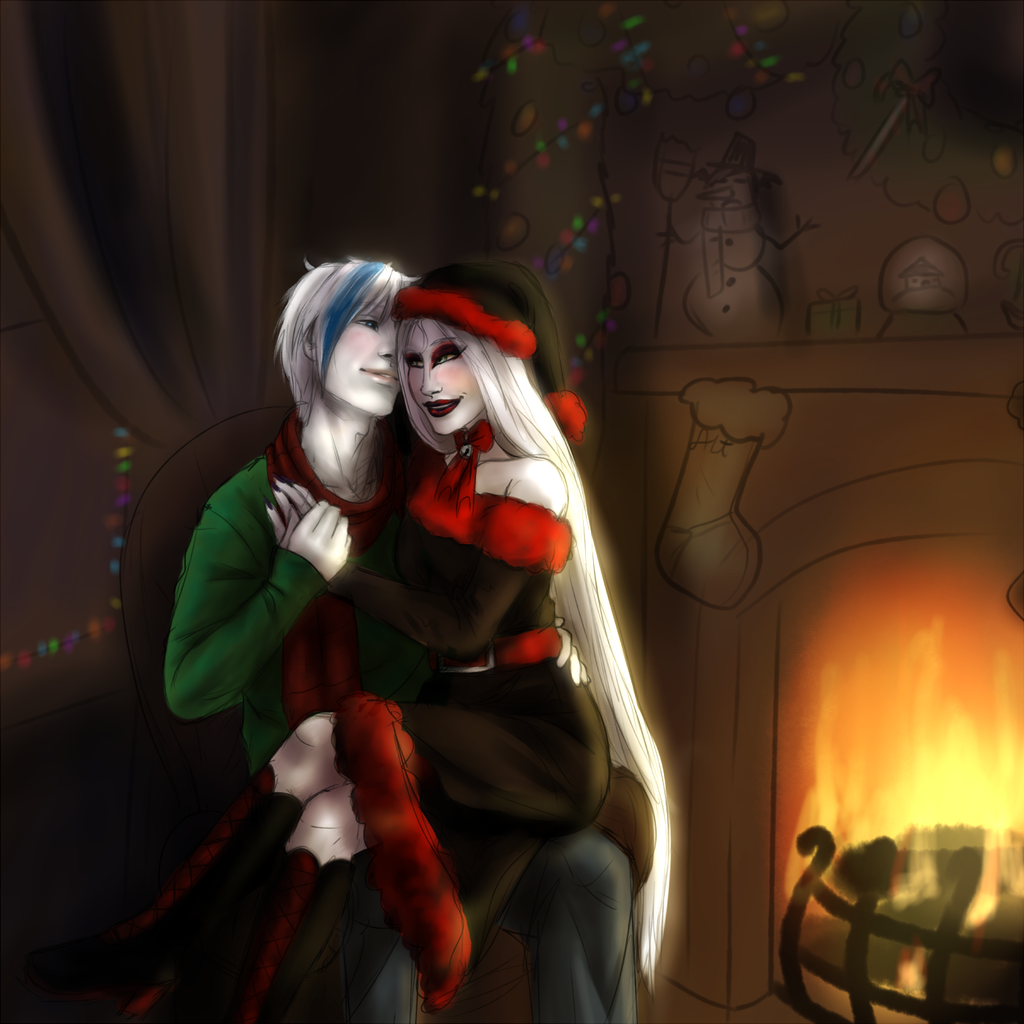 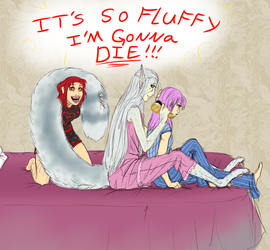 You're All I Want For Christmas

"And for a moment, Altaire forgot to angst...And then it came back."

Secret santa event at http://sgpa.deviantart.com/ !
I got :meibatsu on deviantart to draw for! Somehow, deep down, I had this feeling it would be her, and it happened. XD Just another excuse to draw these two! Moira tries to make christmas special if she can, and considering she's head-over-heels crazy for Altaire... Well, he's all she cares about, she couldn't care a less if the house burned down, so long as he's with her. XD Literally, if it burned down right there, she wouldn't care a bit, as long as he didn't torch with it. Falls over

Tried some different shading and coloring, wasn't liking it, said screw it, and then finished it the way I normally would. XD So if it seems kind of different, that's why. Enjoy the two albinos being romantic! <3

Oh, and notice that snowman on the mantle with the little bat wings and sad face... It's Moira's tribute to Alt. XD

Have a merry Christmas!~ Hohoho!