Buddy and I at FurFright 2013! by Kairoo 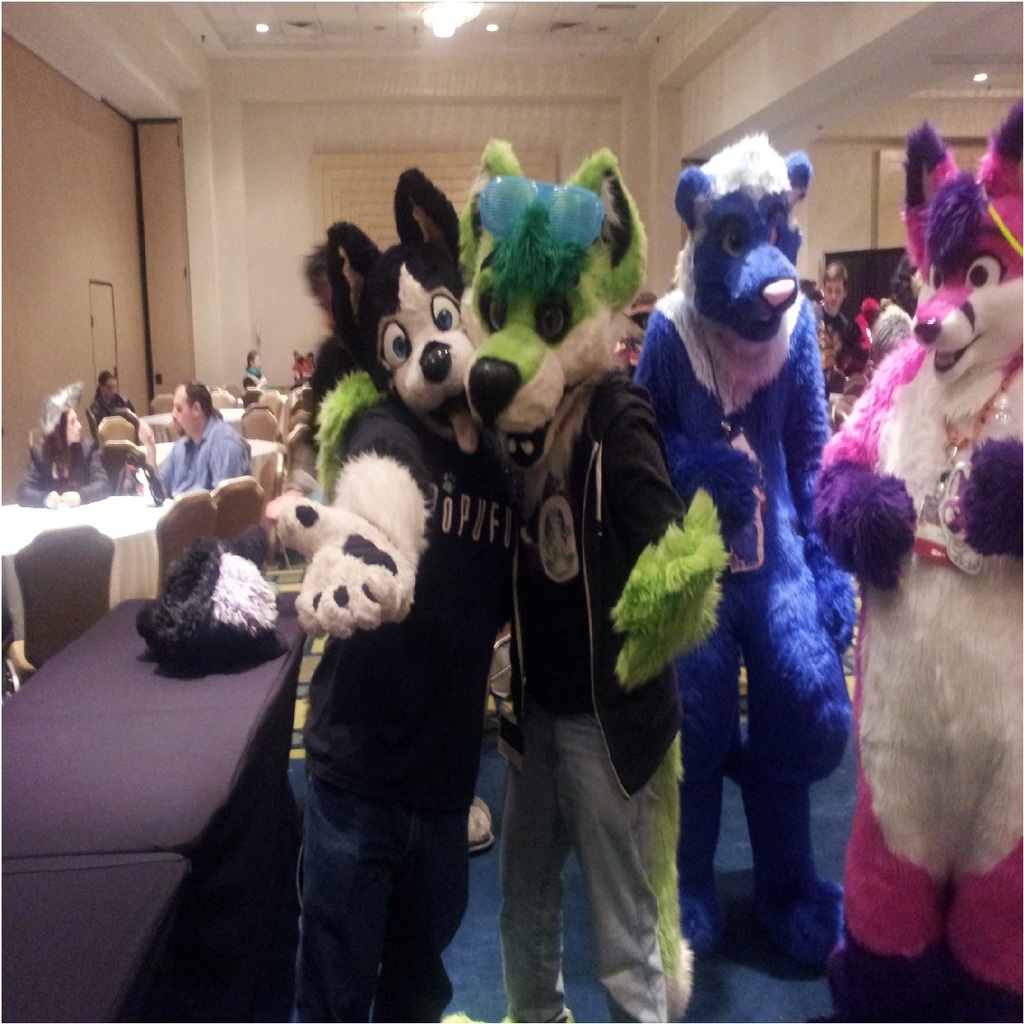 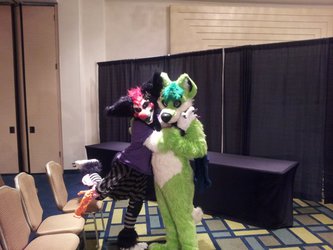 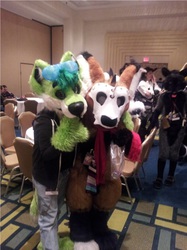 During the dead dog dance, I finally decided to de-suit since I had been suiting pretty much all con, and partialing that entire day. Then Buddy walked in and I HAD to get a pic with him, because who could resist? So I got back into suit to get this pic :3

Off to the right you can also see Kalleo (the pink fox) and Icer (the blue lion), two random furries that accidentally got into this picture, but it's k, cause they're adorable :3

This is an upload from my FA gallery. Most of the information is copied over.