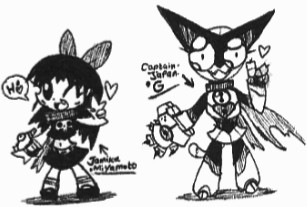 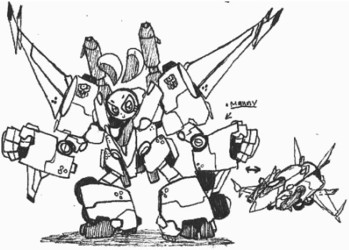 Here is a new character for the Seigi no Senshi Captain-Japan Universe.

Jamika Miyamoto ジャミカー宮本
Jamika is cheerful, fun-loving girl who becomes the superhero, Captain-Japan G (Girl). Jamika is really the female version of Jamiko Miyamoto from another universe. After an adventure with Jamiko once, she got stuck in our universe, so she'd stick around for awhile until she can find a way back home. I've based Jamika's battle suit design around a kitten and instead of a sword, she can use cat-like claws to slice opponents in a fight. In our universe, she has become very close to Jamiko=^w^=