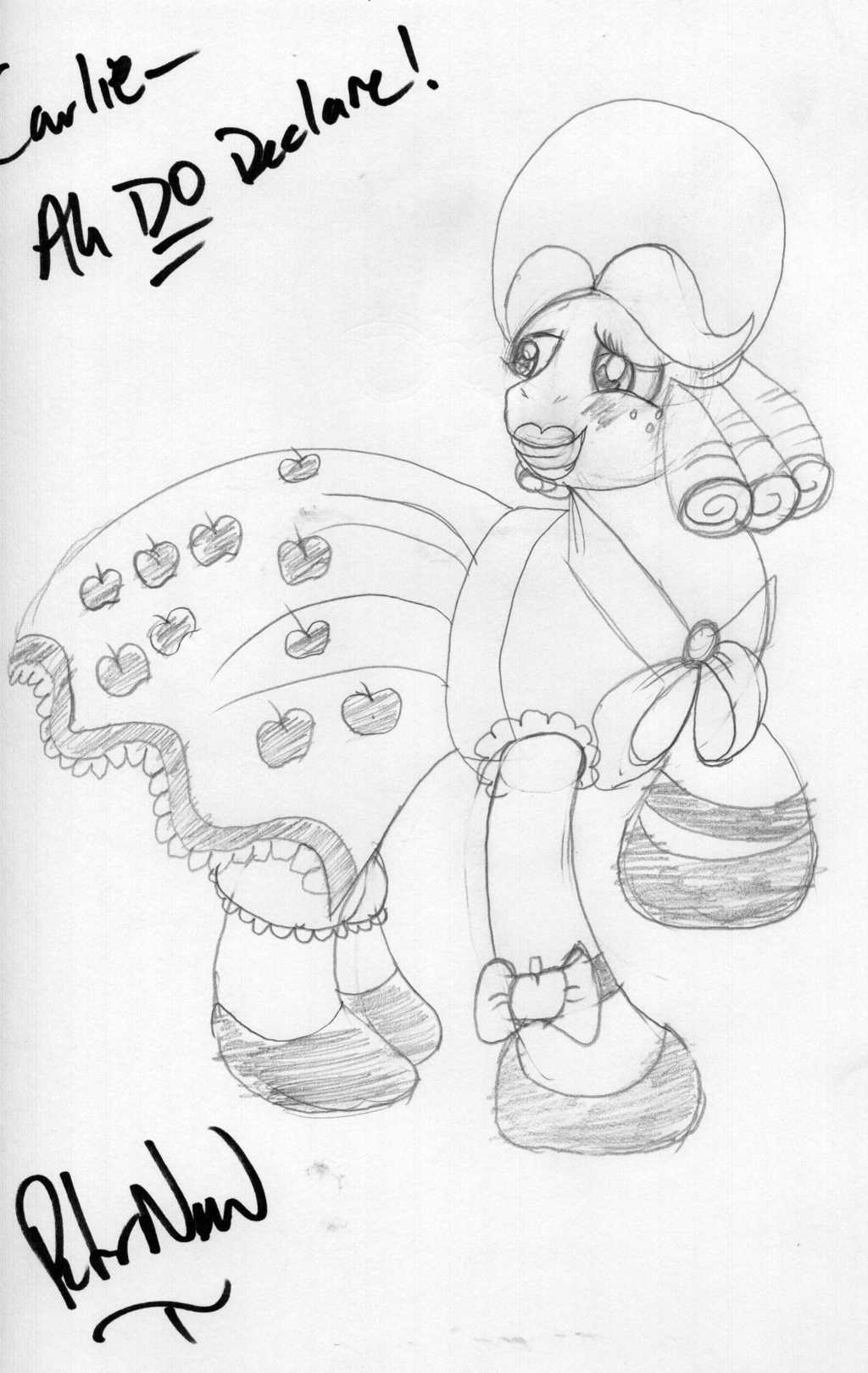 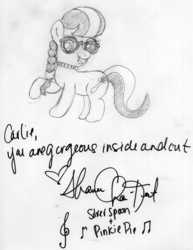 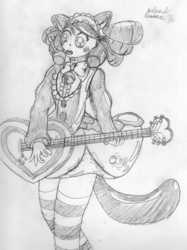 At Everfree 2016 I knew that Peter New, the voice of Big Mac (AKA Orchard Blossom from one of the episodes) was going to be there. A little history here...

If you aren't aware, some clever folks made an open source card game called Twilight Sparkle's Secret Shipfic Folder. It can be played online, but there are also physical card decks out there as well. Peter happened to collaborate with an artist friend and offer "Princess Big Macintosh" shipfic cards, autographed by him. You just need to Paypal him. Well, I did, and he signed my card my legal male name.

So I tweeted him about it very politely, and he was SUPER apologetic and told me how I could get a new card free of charge with my female name. It turns out Peter New is actually pro LGBT and respects gender identity differences. I grew a lot of respect for him as a person then!

Back to the con. Knowing he was signing autographs, I wanted to sketch the character that inspired me, Orchard Blossom. I took it down to him, explained who I was and he was quite happy to see me! I showed him the sketch, and he happily signed it for me. I also paid to get all three Orchard Blossom shipfic cards he had on hand and signed!

Thank you, Peter. I hope we meet again someday!