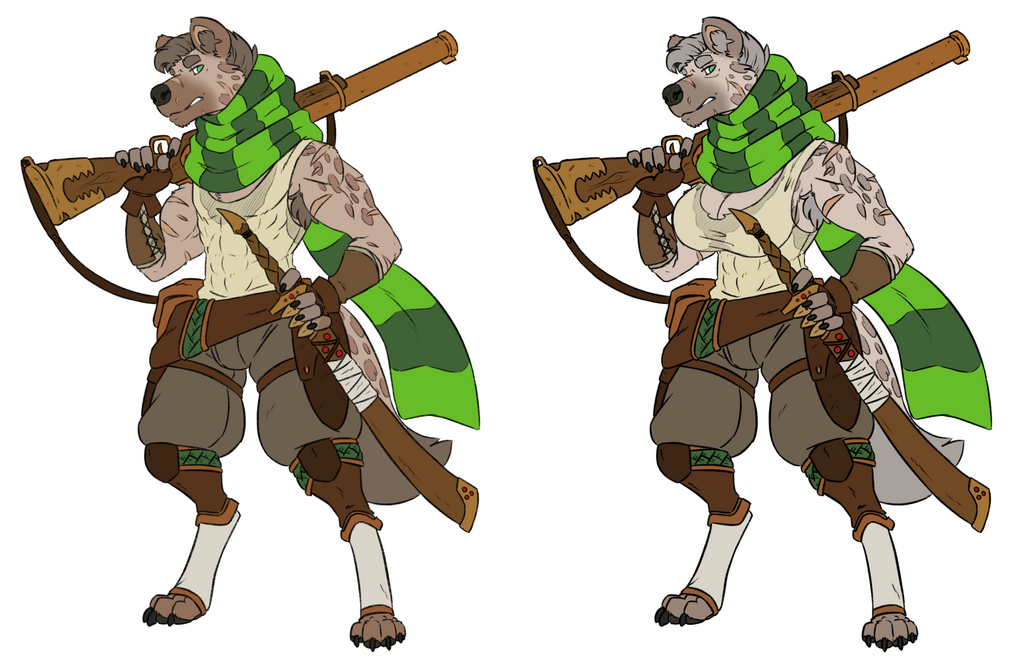 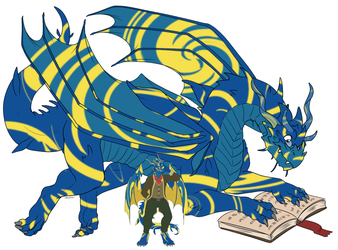 Rath Sandstalker, the Scourge of Solku, was feared and reviled throughout Katapesh as a warmongering gnoll that led a particularly bloody raid against the remote city of Solku. His siege failed, though, and ended with severe losses on both sides. In the process, he lost the famed sword, the Brazen Claw, that he used to unite so many gnolls to his cause in the first place.

Outcast for his failure, he spent years in search of a replacement artifact he could use to rally his people once more, eventually acquiring Rovagug's Bite, an unholy rifle modelled after the tremendous siege canon, the Maw of Rovagug. Like the god of destruction they were named after, the firearms were infused with tremendous destructive potential, capable of unravelling and detonating magic itself. Not long after acquiring the relic, though, he found himself captured by the now-militant Sarenites that rose to power as a result of his raid years before.

The Wayfarers soon freed him from this prison in a pinch to help them fight off the corrupted dregs of his very tribe that had been driven to madness by their worship of dark gods. Disgusted and heartbroken with how far his people had fallen, his resolve to unite them and cast off the shackles of the foul deities they worshipped was renewed, and he decided to accompany the Wayfarers on their quest to slay the Carrion King that now led the gnolls.

In a later adventure, Rath would reclaim the Brazen Claw after his former mate, the Red Sultana, wielded it in her own Siege on Solku. Employing an old Barghest mystic to draw a sepia snake sigil over the sun itself, Noor's treachery saw that nearly every soul in Solku was petrified in amber as they committed their daily prayers to the sun to beg Sarenrae's mercy. Only those whos eyes were blessed with Darkvision were unaffected, which allowed the gnolls to saunter in and smash the populace to pieces at their leisure. Rath accompanied the Wayfarers in routing the Sultana's schemes, and delivered her to the next life to reclaim his sword. The party's bard then laid the groundwork to ensure the whole city would know it was Rath Sandstalker, Savior of Solku, that saved the city.

When the leadership of the Wayfarers was cast into the pocket realm of Kakishon, Rath was one of the few head honchos left behind to pick up the pieces. Having already taken command of the gnolls that Anizhar had been collecting in Venture and training them into a potent security force, he was poised to take the position of leadership he'd dreamed of all these years.

In the time the Wayfarer leadership was trapped in Kakishon, Rath got old. He took it upon himself to become Matron to the gnolls of Venture to united them under his rule. You can see more detail about this status shift here: http://www.furaffinity.net/view/33238306/