Dad - The Landlord is a Real Demon by Kah 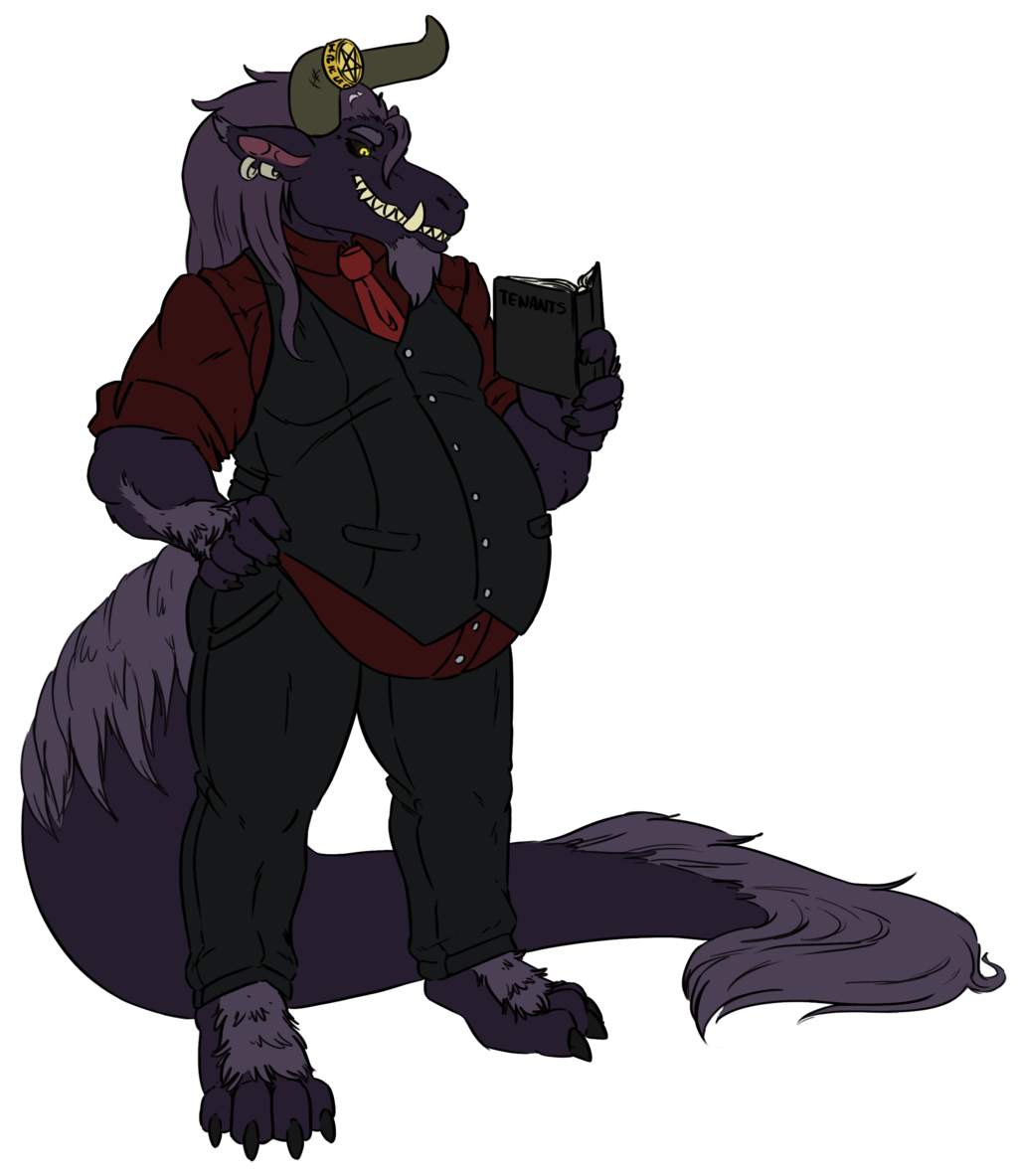 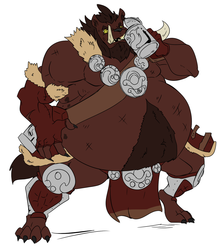 Dad - The Landlord is a Real Demon

The new tenements springing up all throughout the land are peculiar. Their construction is sudden, their rent affordable, and their design is inviting, bringing pedestrians to a pause as they pass these newly-erected buildings. They seem to fill up to capacity almost as soon as they appear, prompting many to speculate on when and where new ones may rise. Perhaps most notable about these abodes is not the soothing warmth they radiate, nor the faint smell of brimstone that lingers in them, but the proprietor of these establishments that makes his rounds from city to city, scouting new and exotic locales to gentrify, as well as paying the occasional visit to a delinquent tenant behind on their rent.

He comes not with the booming, shrill shrieks of a landlady demanding backpay, nor the sniveling hand-wringing of a cowardly toll-collector. Instead, his presence is heralded by a profound, yet not-uncomfortable heat welling up within his tenants. Some report feeling faint at the sight of him, others report feelings much less wholesome. The massive, immaculately-tailored form of the landlord is unmistakable. Powerful, sculpted muscles draped in the finest silks. A silky, wild mane flowing down around him, heralding the prominence of a regal beast. Curved, proud horns that pronounce his fiendish lineage. The Landlord is a Real Demon.

When he arrives, whether merely checking up on operations, or to collect from tenant behind on their rent, he is always greeted with the utmost courtesy in respect. Those who plan to lie or cheat their way out of their debts, or lodge complaints against their landlord find themselves soothed by the calming aura he exudes - driven to pliant submission beneath his will. They would do anything to please their lord. Why wouldn’t they? Even when they’ve nothing to pawn or trade to pay their depths, they often find that after a rather rigorous and exhausting exchange that they’ve managed to enter a pact to pay what they through alternative means.

Such tenants are left drained and wanting, eager for another visit from their landlord the next time he comes around, yet they know not even their benefactor’s name. He refuses to offer it, claiming that true names such as that would grant one undue leverage over him. “You can call me Dad, for short.” he offers instead. It has a nice ring to it.

Through the centuries, Dad has laid the subtle groundwork for his empire during his travels - seeding key relationships amongst the political and mercantile elite of each city he set foot in, currying favor and incurring debts of gratitude from those he would later require favors of. It wouldn’t be long before he would begin to break ground, ushering forth the promise of state-of-the-art, affordable housing for the masses.

Of course, those tenants would risk their immortal souls in exchange for such cheap access to luxury living. But that’s printed on contract, plain as day. When questioned, Dad is quite forthright about the Damnation clause, even bringing it up unprovoked when brokering deals. He claims that this life in the mortal plane is quite short, and nothing but torment or oblivion lies beyond for all but the chosen of the gods. He presents this fact as an unavoidable actuality - the only recompense being his suggestion to live life to the fullest while you can. To make revelry with your fellow mortals, rather than war, to eke out as much pleasure from such short, pitiful lives as possible before the curtain is drawn to an unfortunate close. He tends to live by these tenets himself, seeking to indulge in all the splendors this life offers, while striving to afford others the same opportunity whenever possible.

For those cynical enough to doubt the words of a demon, he is proud to show off his most prized possession - stripping bare his chest to reveal the faintly-glowing apparatus chained to his very, beating heart. “A gift, from an angel.” he calls it, a divine anchor rendering him incapable of deception, even by omission. While it does not make him forthcoming with sensitive information, it makes him unable to mislead with his words or actions. It was by his own request that the anchor was bequeathed - a potent guarantee that his word was absolute.

For the time being, Dad turns his eyes once more on new lands to make his own, always scouting new places to spread his reach towards.