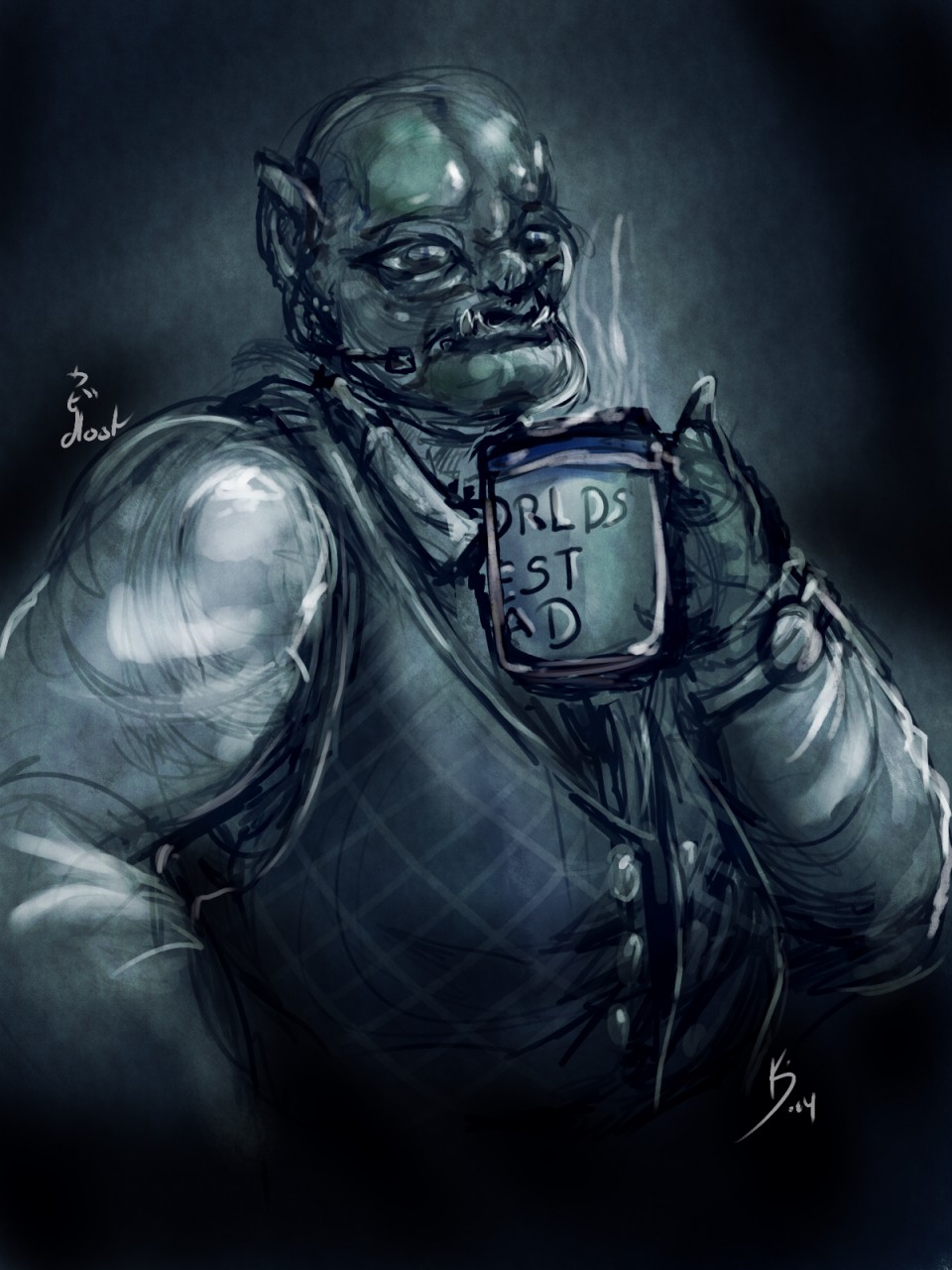 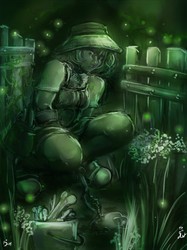 This rather unusual looking chap is Ronald J. McDonald, 32-year old father of two (adopted) daughters, Lucy and Ethel McDonald, and husband of an absolutely smoking bombshell Rebecca McDonald (who is not at all a Fish Person).

Ron is an I.T. specialist for the company Landrum, Westlake and Stockman, working out of his home office. He spends large portions of his day helping people across the corporate network with their technical issues, living on a steady supply of hot coffee, homemade baked goods and little finger sandwiches his wife Rebecca makes him.

Highschool sweethearts from their days at Innsmouth High, Rebecca and Ron were always sort of an odd couple. Rebecca from a pureblood human family, Ron from an old school hybrid family with deep roots in the Deep One culture off the New England coast, it was something akin to a City/Country romance in a lot of ways. Ron was early to achieve the Innsmouth look, losing his hair and growing fish-like teeth by the age of fourteen. As such, he got a lot of flak from the other, more normal looking kids in school. That's why it took everyone by surprise when the most gorgeous girl in town, the tall, leggy and blonde Rebecca Morganstern fell head over heels for the short, stocky hybrid boy, going so far as to snub Rick Marsh, of the wealthy and influential Marsh Fisheries family. Even after Devil's Reef was torpedoed by the U.S. Government back in the Prohibition era, the Marsh family stayed a powerful force in Innsmouth...

Which is why Rebecca and Ron had to leave town before they could make it to graduation. Without anywhere else to go, they fled further inland, relying on the kindness of the Extra-and-Supernatural Underground to get them to a new home, and a new life. But really, as it stands now, Ron is happier than he could have ever hoped to be. And Rebecca? Well, she has two of the sweetest little girls, and an unorthodox, but wonderfully loving, husband.

Ron's best friends are the members of his support group, Man Eaters Anonymous, because even as nice of a guy as Ron is, that old genetic desire for a bit of human meat crops up on a rare occasion, and he's doing everything in his power to keep it from being a problem. With the help of Toby the Werewolf, Mar the Tcho-Tcho and Clarice the Ghoul, he MIGHT just manage it, too.

Ron (and all characters mentioned in the above description) is a Man-Eaters Anonymous, but credit where credit is due; his creation was a collaboration with a great deal of help from my mate, Joseph, along with his design. The artwork is by the everlastingly amazing Dlost. She is fantastic, and gets so much love. Also, borrowing this description from Joe again, since he put together such an amazing one for this piece. Definitely can't do better.