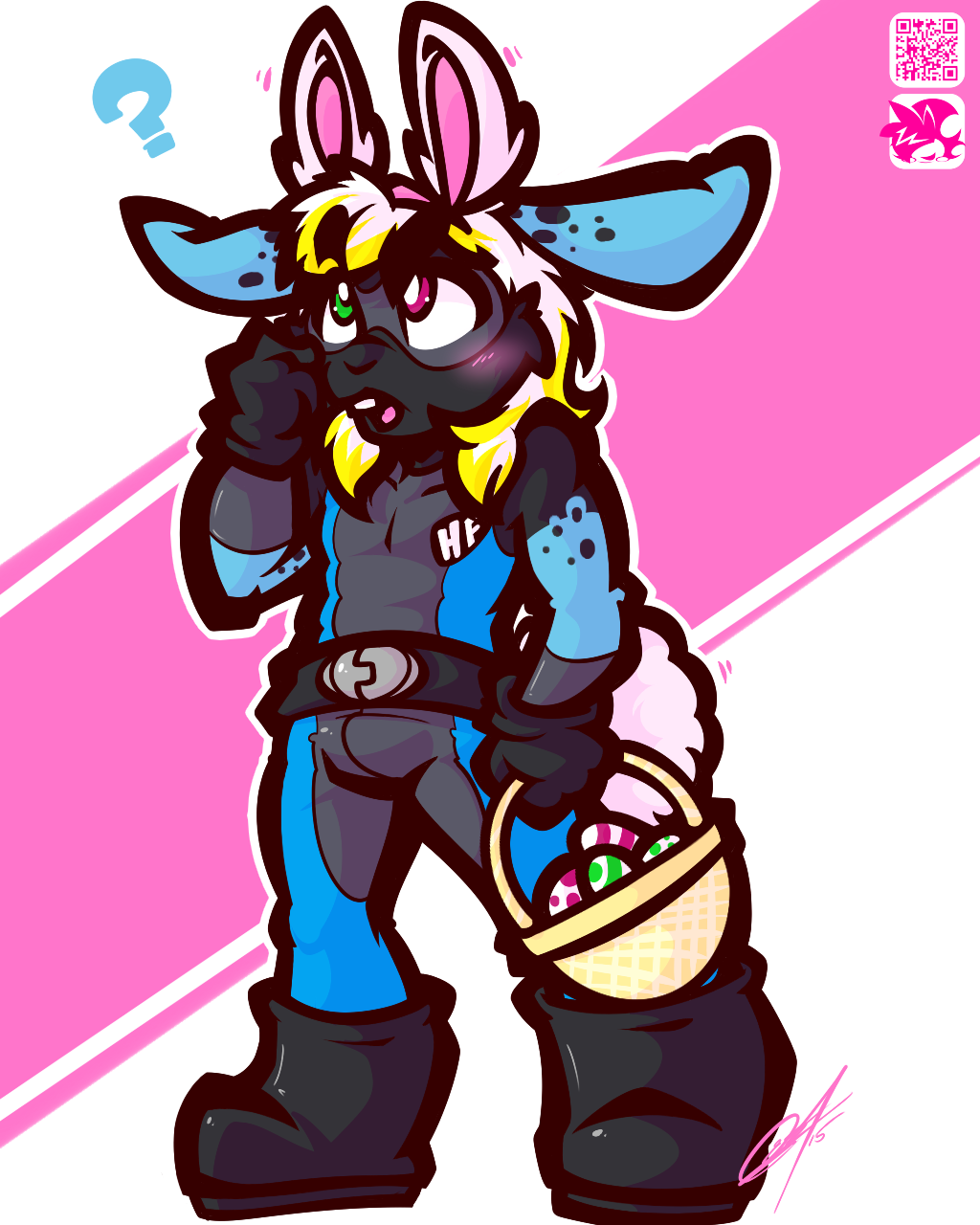 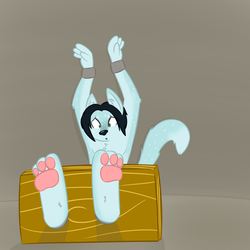 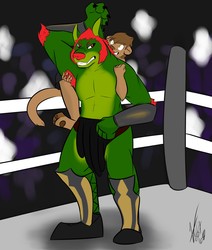 After a morning of doing a hero patrol, Hare Force ducked into the supposedly empty holiday center and started to put his long jacket on when he was grabbed by the arm and hauled through another door "you're late kid, hurry and get dressed." He was passed from that person to a group of others who slapped a second set of ears on him, put a large ball like bunny tail over his own and shoved an easter basket in to his hand with painted eggs in it. "Will you guys stop!?" He managed to get in over the chattering and the guy from before came over "look, you wave to the kids, hug them, take some pictures, give them one piece of candy that's already out there for you. Say nothing." Hare Force tried again "hey wait, i'm already a bunny" to which the director responded "sorry kid, part of the uniform." Hare Force then got booted through another door where he saw families cheering at him. Looking up at the second bunny ears, he muttered "how did I get involved in this?" As he walked forward towards a large chair, it didn't take long for someone to point out "Hey that's Hare Force!" News crews seemed to materialize as if summoned by a spell within minutes. So he sat down, waved and smiled to the kids and played out his unexpected role.

Weekend Chumission drawn by www.furaffinity.net/user/lilchu
The idea of a double bunny also credited to www.inkbunny.net/lilchu
Hare Force belongs to me