Stars and the Moon by Kadmiel 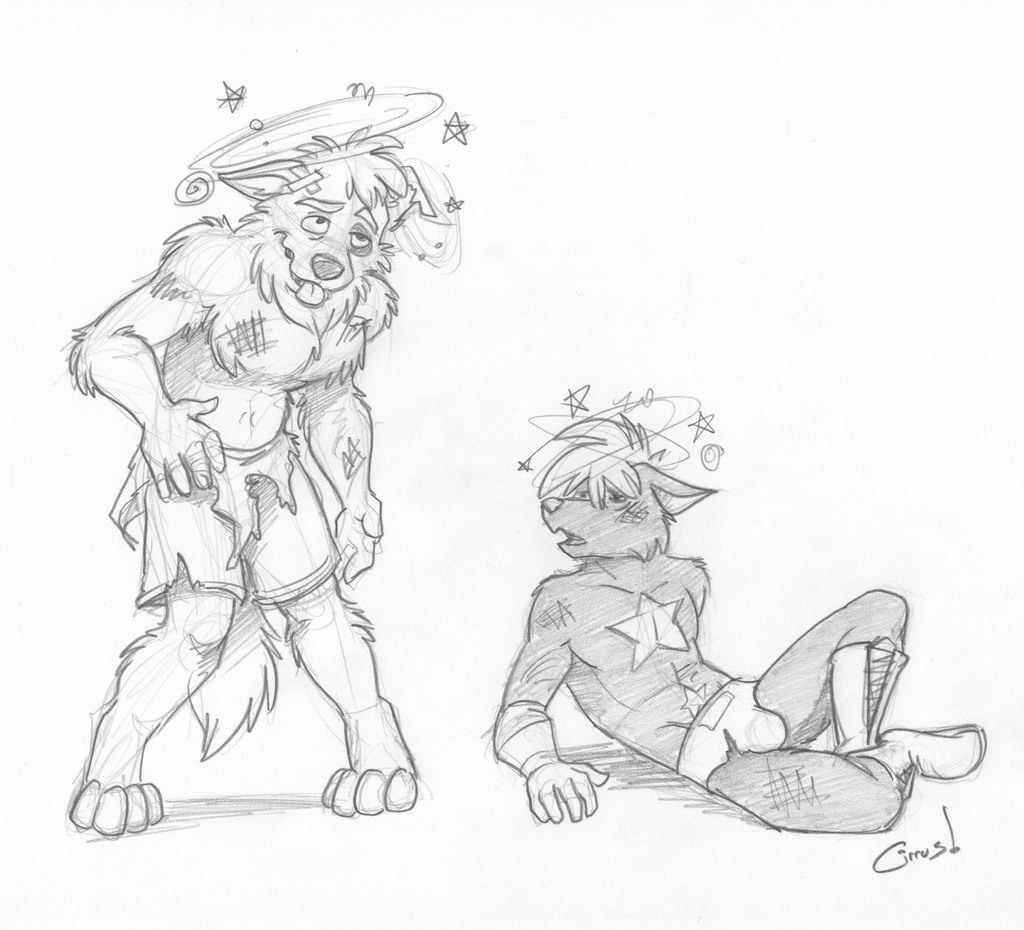 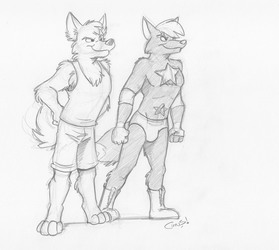 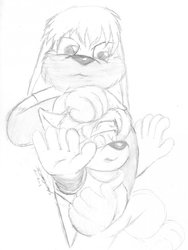 Stars and the Moon

When their opponents appeared, a mother/daughter combination of two t-rex brawlers, Soren nudged Moon and said with a grin "we can take the shortcake easily then worry about the poundcake." However when Tammy got in the the ring and her shadow fell across Moonie and Soren, they could only stare up at her awesome physique "this is gonna hurt" Soren commented. At the start of the match when the bell sounded, Soren went straight for Megan but she proved to have a strong defense, and the blows he did land were glancing. Hers didn't hurt too much, but she landed far more of them on him than he did on her. Meanwhile, Moon was fighting against Tammy, she just stood there as his attacks were ineffective against her, unable to move or deal very much damage against her heavily muscled physique. Soren could suddenly hear the sounds of heavy blows landing and turned to see Tammy punching Moon around effortlessly, just one blow was enough to make the cooshee see stars. Soren paid dearly for his moment of inattentiveness as Megan landed a crotch buster on him, tearing his briefs in the process then left him cringing on the mat, holding himself as she ran over and joined her mother in a slobber knocker on the helpless cooshee, his clothes being torn to pieces in the process, punching him back and forth between the two until he was knocked out on his feet. Tammy then stalked Soren and lifted him up off the mat by one hand, with the other she prepared her fist and hit him directly in the face as hard as possible, effortlessly flinging him into a corner just with the one punch and stood back while Megan went to town on him with those fists of hers. After a minute of straight beat down, she pulled him out of the corner and he staggered in Tammy's direction where she conked him on the head with an elbow and he fell over next to Moon who was somehow still standing. Tammy placed a foot on Soren's chest as Megan came over and the two did their victory poses over the punch drunk males before leaving the ring.

Guess Moonie and Soren couldn't handle their opponents Tammy and Megan and got an epic beating.
Drawn by cirrus cirrus
Star struck Moonie belongs to risingmoon risingmoon
punch drunk Soren belongs to me.
Tamara and Megan belong to blaze150 blaze150