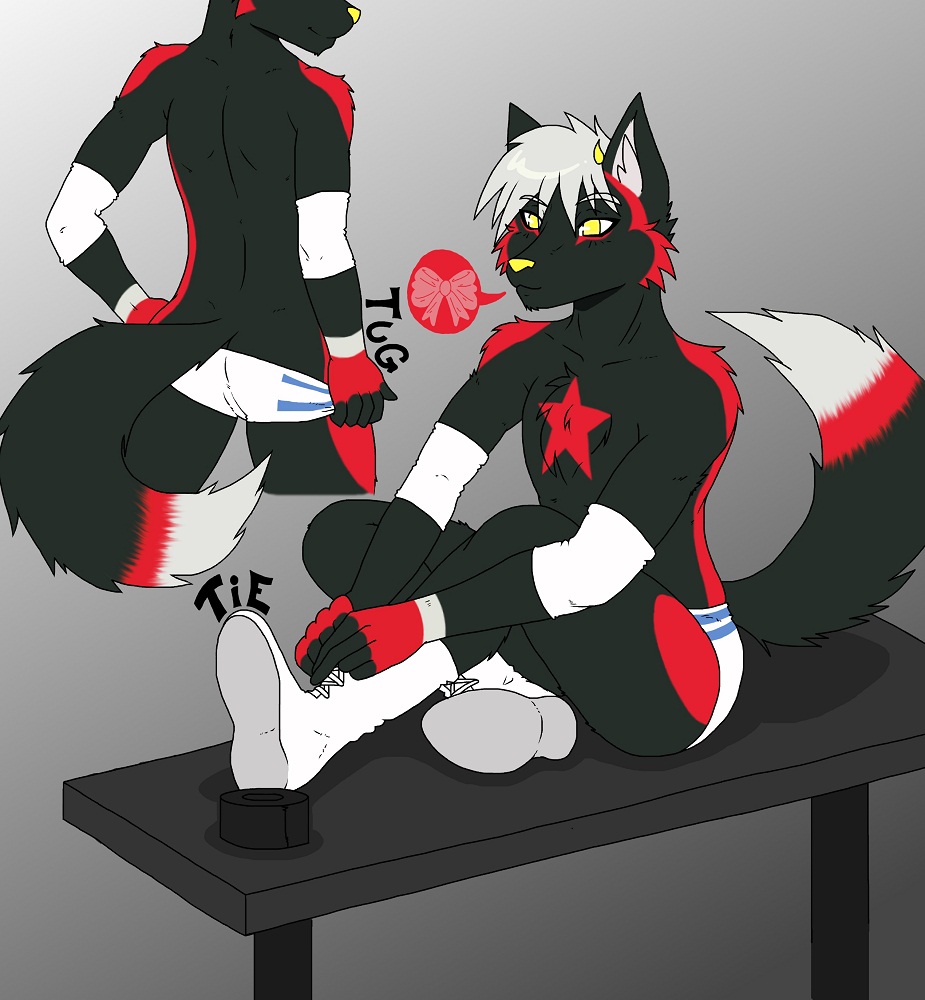 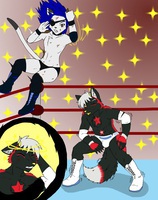 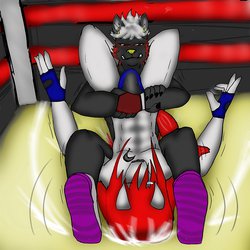 In the locker room, a half hour before his second match in the FWA, Soren stood nude in front of his locker,placing his street outfit inside a duffel
bag before stuffing that his locker. Turning around to the bench he reached for his spandex briefs and bent over with a bit of a widened stance to put
his feet through the proper leg holes, one at a time, then slowly slid them up past his knees and to his waist as he straughtened up. Tugging on
them to make sure they were up all the way and to show off his back side a bit more. Next he reached for his elbow pads, slipping the right side
on first and the left following before he was ready for his boots.

Taking a seat on the bench he had previously faced, he picked up his boots and swung his feet up on the bench and set the boots between
them. He tugged the right one on first hand and laced it properly before it was time to do the same for his left boot. Also lacing that one up slowly then
looking up as he felt like someone was watching him. Dismissing it at first, he picked up a roll of tape and began to wrap his wrists when he
caught sudden movement at the door and glanced over, but only smiled, amused at the thought someone would resort to peeping on him. The
next thought to cross his mind was had they been there long enough to see him undress and redress?

Well Viewers, how long have you been there? What all did you see?

Creditfor the existence ofthis awesome image should go, and rightfully belongs, to Jetblack16

Soren Sylvar is my character, ownership belongs to me

Creation and original design of this guy should go to
azurefox08