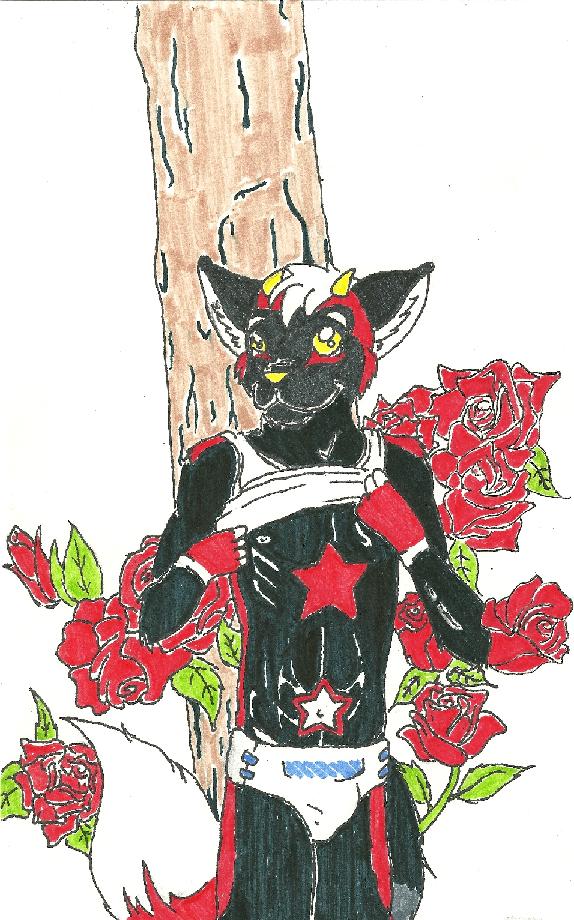 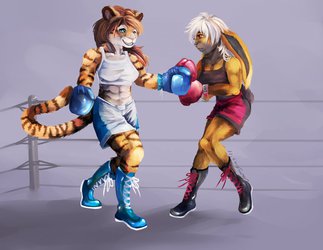 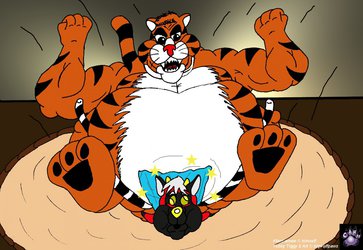 Thisis a flaun a species that have various nature abilities, such as growing their given plant anywhere on their bodies or wherever they touch.
Their flower can also appear as one large flower/fruit/berry,or many small ones.
-Their coat fades to greyscale and their flower wilts if a great heartbreak has been suffered. With new love,their flower can flourish again, but
their colorsnever return.

. Unlike the others,this one was a pre-made character that he never really used anymore.

Yes the briefs were originally meant to be a diaper. But i'm thinking they could be a white speedo with blue marks on it now that Soren belongs to
me. Doesn't really look like a diaper in my opinion, not like most ofthe ones i've seen on here.

And he didnt seem to have a name prior to me getting him, if he did, lets hear it. Maybe i'll use it instead of the one I gave him.