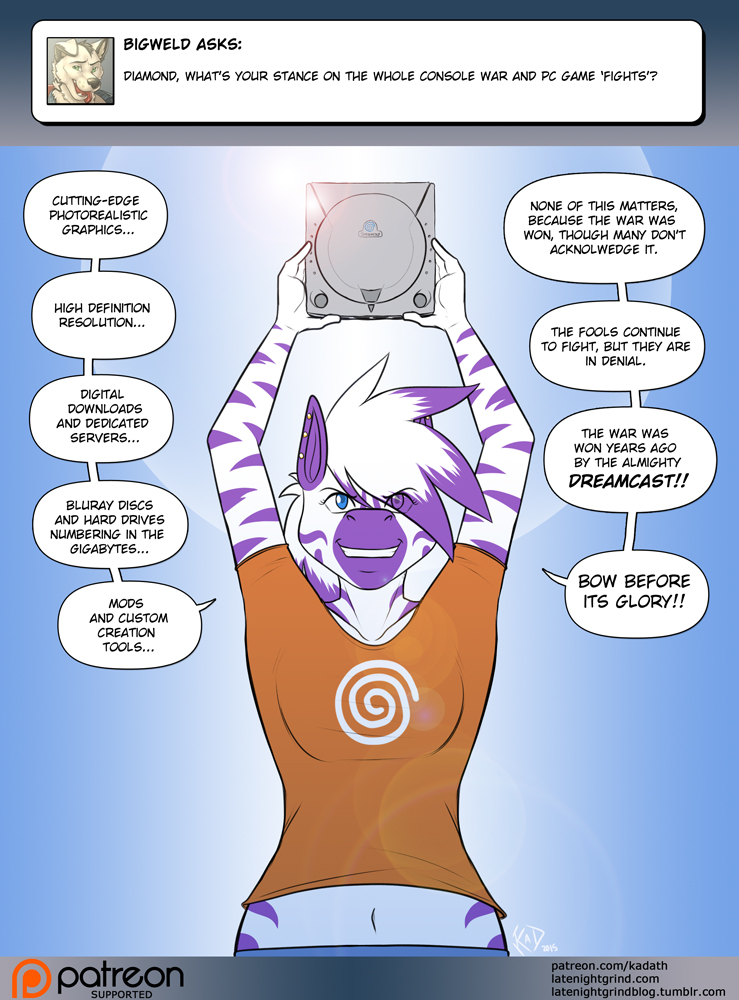 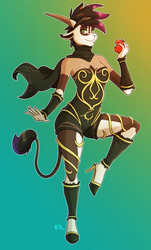 Di has strong opinions about blast processing and Sega does what Nintendon't and such :P

Check out more on my patreon. Only paying Patreon pledgers get to ask questions that my characters may answer! Those that sign up, ask a question, and drop will be ignored.