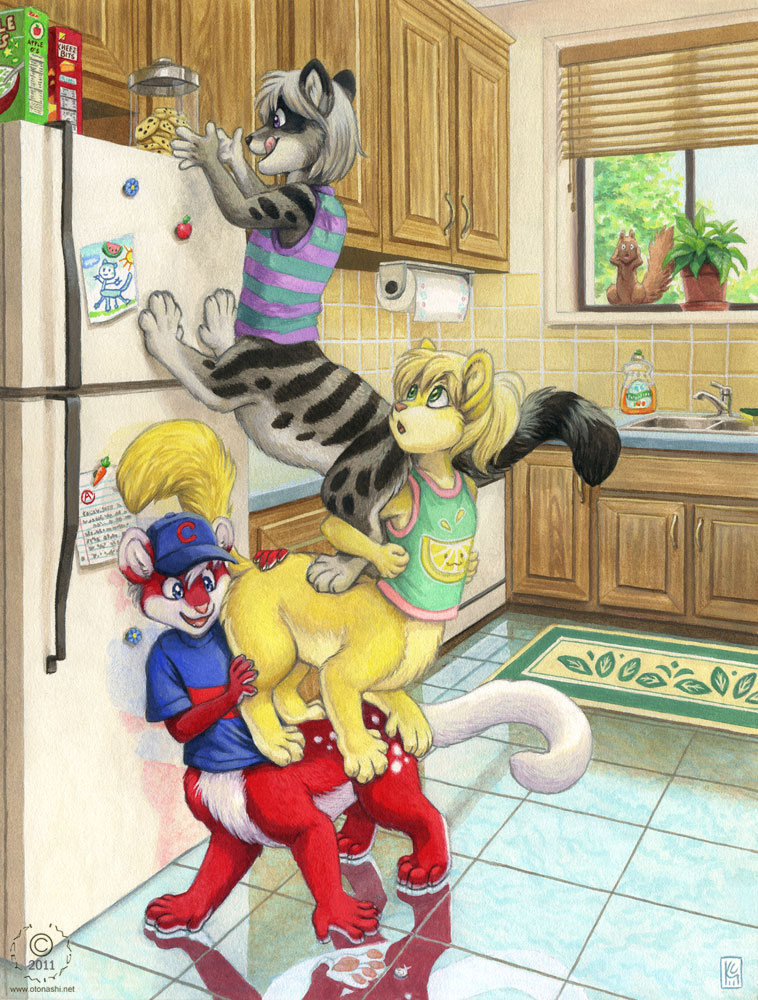 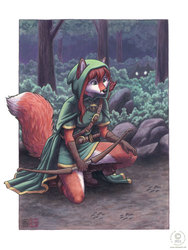 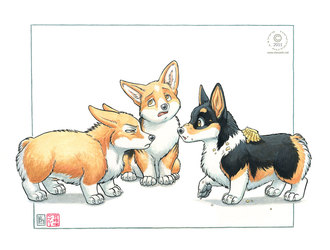 Commission for  Miceinblack of his Chakat characters Shadoweyes (top), Lemonbite (middle) and Bottlecap (bottom) working together to get the cookie jar from on top of the refrigerator. (Inspired by my piece Operation Cupcake) - Bottlecap has noticed a shiny coin on the floor and is reaching out to grab it, though, which might make them all topple.

The art is done with pencil and acrylic paints on 9"x12" illustration board.

The characters belong to   miceinblack

Some backstory provided by the commissioner:

The three cubs depicted here were formerly humans who were brought to the planet of Churr. Churr is very Earth-like and contains many animals and plants native to Earth which lead some to conclude that Churr is a terraformed planet. However, what can not be explained is that humans seem to arrive on Churr from different time periods of Earth’s history. Even stranger is that all humans that visit Churr eventually change into chakats although the time varies between 24 hours to a week and always when the human falls asleep. Theories vary as to the cause of the change from gene engineered viruses, nanobots, parallel dimensions, and even magic. All the changes have one thing in common in that no one ever sees the change happen and people trying to watch the change occur inexplicably fall asleep themselves regardless of whether they are chakat or human. Victims of the change always find themselves in healthy chakat bodies but the bodies can be considerably younger. Humans are immediately given a mentor when they are discovered on Churr to prepare them for the change and this is especially true of chakat cubs. Chakat cubs that were formerly human adults often retain their memories but can have regressed personalities. One could say that the Super-Ego of the person’s psyche must be redeveloped as the chakat cub is often driven by the Ego. This can put cubs in potentially dangerous situations as depicted here as the three cubs have craftily devised a way to reach the cookies but one cub seems to be giving in to the impulse to reach for the shiny coin discovered on the floor. Seen here are Shadoweyes, Lemonbite, Bottlecap, and one Oh No! squirrel.