The Innkeeper's Daughter by Jyskal 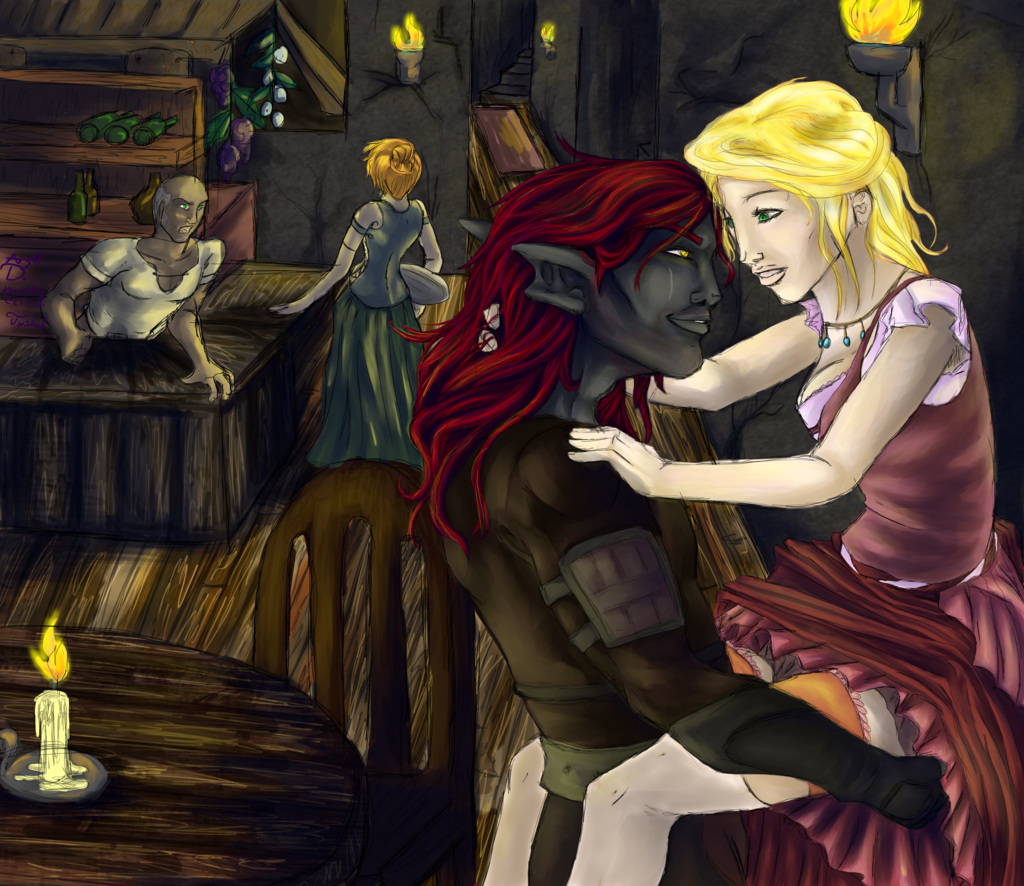 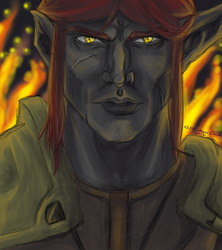 (Matured for notquitehaving sex, but probably going to in the next 3-10 minutes. thatorbarfight)

Dem tavern wenches maaaan. Forgettin' their underdresses. (That's got to be like the fantasy version of catholic schoolgirl outfits without underwear. >-> )

I'm gonna brand this piece as a halfway point between hardcore flirting, bar-sex, and medieval third base. ;D

Ok, honestly, this will probably be one of the only times I draw Joren doing something with a sexual theme to it. xD I promise you guys he's not a whore.

:XD: Anyhoo, I figured something with a full background, multiple characters, and a couple distinct moods would be great practice! I think it came out pretty good. >w<

Albeit I might have overlooked some angling shit. :| I'll keep an eye out for that next time. >-< I'm probably going to redo this picture someday anyways. I like the concept, and think too many people stray away from the fact that in medieval, and fantasy settings, sexual displays in areas where people would drink and celebreate would have been quite common depending on culture. I've only seen a few movies, tv shows, or books that even TOUCHED the subject. But there's a reason 'bastard' children were pretty widespread, and it isn't just because daddy got enlisted as a meatshiel---- foot...infantry. >-<; Yes. A foot soldier. :| It isn't just because daddy was listed as a foot solider.

Joren Kel (c) to myself.

ANGRYFACE innkeeper (c) to myself.

And I don't know who the hell the girl in the green dress is. :|