What a Grand Event by JWB (critique requested) 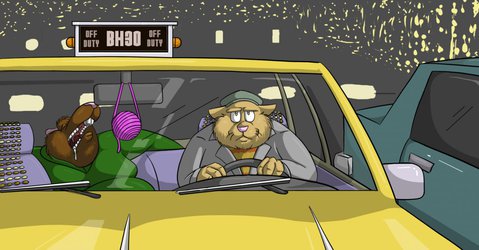 What a Grand Event (critique requested)

Ah well, a couple of weeks ago, I hit the big 1000 on FA and I wanted to do something really special for the event. So I decided to include all my characters to join in a celebration for everyone! We've even catered the event! Here's hoping that by the end of the event, the banquet hall won't buckle from all the extra mass. We were sorta hoping to get the deposit back...

Ah well, let the hotel worry about that! Time to dance, shift, and stuff until the sun comes up!

For all who might be curious here's a breakdown of each character from left to right:

Arlo: Boar photographer and aspiring film maker who's partnered with Jeremi. They hope to put together his dream project some day.

Jeremi: Meerkat who aspires to be an actor, met Arlo after a particularly rough audition, the two took a shining, and have been inseperable since.

Hugo: The promiscuous punkish boar with an affinity for piercings and tattoos, and makes a living creating designs for the latter.

John: The timid college going wolf who'd love to find a way to fit in with his peers.

Madison: A devious rat who's found a way to fit in with John's peers.

Mac: A punkish opossum who constantly finds himself in compromising positions with the law. Can get a bit vicious if pushed the wrong way, but when push comes to shove, he tends to regress into his natural defense against enemies.

Joe: A beer loving raccoon who helps co-run the slob squad with Sampson the skunk. He's constantly looking to garner new members, as he helps them see the advantages of just letting go, and letting hair grow greasy and your belly grow round.