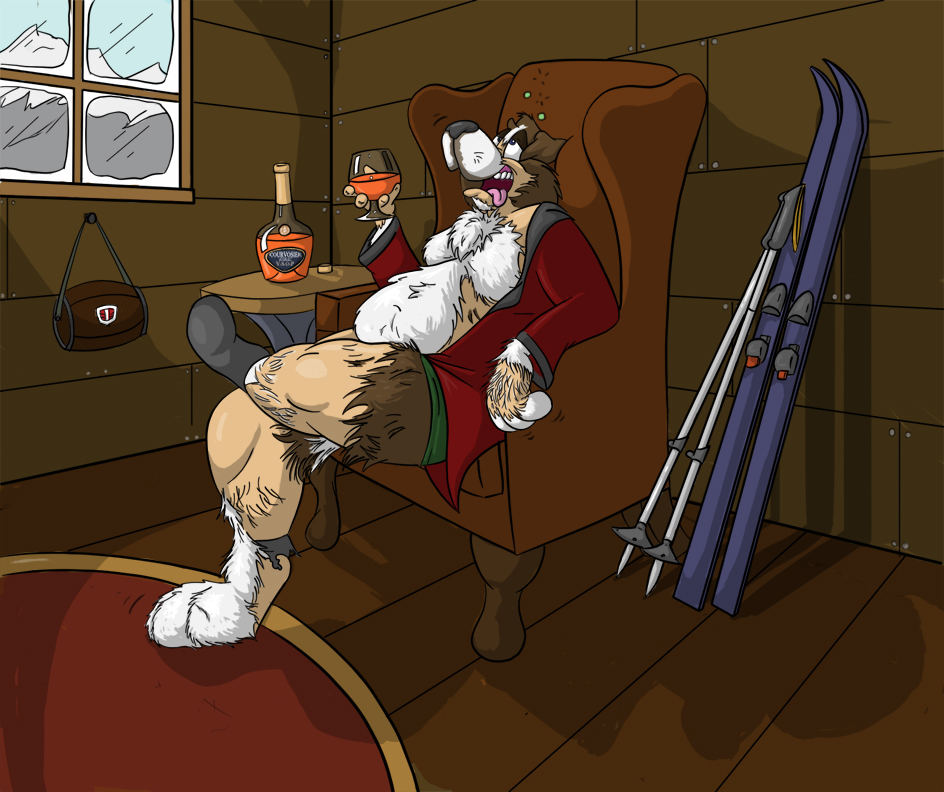 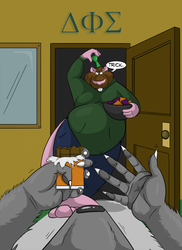 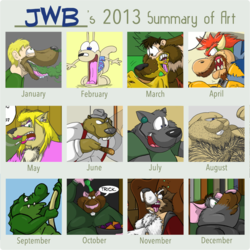 (Alternately titled Brandy Bernard for all you Office fans out there:P)

Joe had been hiking for miles. That last spill on the intermediate peak had landed him off the trail, and stranded from any sign of the resort. He hiked for miles. Fearing that he may capture the scurge of frost bite and meet his maker out here in the lonesome Swiss Alps.
As he reached the peak of the mountain past, his hopes were elevated. There nestled in the snowy valley was a small cabin. Hopefully with luck, he could get help and warm up. Almost tripping over his own feet in the snow, the man hauled his skis over his shoulder, and dashed toward the small shred of civilization.
As he approached the door, he knocked shouting for help, and explaining his situation. No answer was given, and as he tried the knob, he slowly let himself in.
The cabin was deserted, but well maintained. Clearly this was a shelter for some of the rangers who used it as a temporary marker when searching for lost parties. A sharp wind blew against the shack, as he quickly closed the door and propped his skis against the wall. As he scanned the room for a radio, he was unfortunate to find no sign of outside communication. Looks like he'd be here for the long haul. As he surveyed the room, he realized that for such an isolated shack, the amenities weren't that bad. There were food rations in the cupboards, nice warm leather furniture, and a fireplace fully stocked with chopped wood. Quickly he tossed a few logs onto the rack, and managed to get a slow flame growing in the humble pit. Still chilled to the bone, he scanned the cupboards for a possible bag of coffee grounds. His search turned up nothing. However, while the coffee supplies may have been limited, the owners seemed to hold a fully stocked liquor cabinet.
The skier looked around, wondering if he should raid the precious supply of brandies and wine. But as a sudden wind chill brushed against his back, he realized just how close to freezing he was. He'd be sure the owners wouldn't mind if he took a few sips from their cabinet.
Pouring a few belts of brandy in an available snifter, he cautiously gave it a quick whiff, before giving it a quick sip. His body began to warm up instantly, his nerves feeling fuzzy, as he leaned against the counter, and took a few more gulps.
All the chill in his nerves and muscles were evaporating being replaced with a strong sense of euphoria. His face slipped into a lop-sided grin, as his tongue began to slip out of his mouth. Unknown to him, this wasn't just any brandy. This was a special blend only stocked in rescue stations around the mountains. You see, it's hard to find and train rescue dogs in such isolated areas. So the rangers have managed to find a cost effective way to gain fully trained new recruits. With a method picked up from the times of spells and wizards, they were able to find a way to transform some of the rescue team into rescue dogs with complete human intelligence.
And unbeknownst to Joe, he's just already started on his path to full recruitment.
Feeling itchy, and suddenly unnaturally warm, Joe began to shed his parka and ski pants, sliding his boots off thicker and shaggier toes. Stretching his growing body he slowly ambled around the shack. Admiring the views from the mountains, and rummaging for a few morsels to eat. Taking another sip from his snifter, he found the shelves curiously bare of any regular rations. However, he was able to find a few boxes of what seemed to be bone shaped biscuits. Usually he'd rather go hungry, than resort to eating doggy treats, but his clouded mind caused his stomach to rumble, as thick strands of gravy making saliva dripped from his darkening lips.
As he took another swig from his snifter, he dug right in. It was quite a site to behold. In a small cabin, rested a man, only clad in his socks and boxers, pouring milkbone after milkbone into his expanding maw. His form grew wider, and more stocky, as he quickly began to adapt to the cold weather. A thick coat of white and brown began to grow over his arms and chest, as his ears simultaneously drooped lower, and grew higher along the sides of his head. His tongue slid out again, panting booze laced breathes as he staggered toward the fireplace. Noticing a robe on by the closet, he decided to slip it on. Heck, if he was going to make himself at home, why not go all out?
With a slight grunt, he plopped his growing form onto the leather armchair, and admired the stark blue sky against the pearl white peaks. He stretched himself once more barely noticing the sudden tearing sound coming from his gray socks. They'd lost the battle from his new heavy paws, and hung in tatters around his expanding limbs.
He scratched his belly and leaned back, closing his eyes in a blissful grin as his nose and mouth lurched forward, and expanded into a large prominent muzzle capable of sniffing out hikers buried in even 10 feet of snow. While fur covered his rosy skin, he barely felt a thing. While the brandy was known for it's form shifting effects, it still was a damn fine blend of alcohol. Shifting bones, and rapidly forming muscle barely registered as he laid back taking another swig from his generous serving. The fire roared to life now, as he began to rest. The park rangers would be coming soon, and he had a busy day ahead of him.