A Blaze of Pungent Potency 2 by JWB 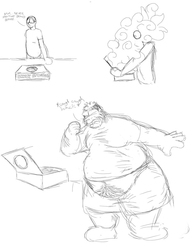 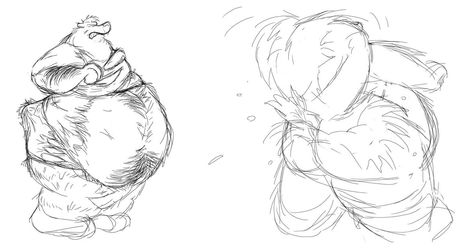 A Blaze of Pungent Potency 2

He blinked blearily as his vision began to slowly return. He looked around trying to see if someone at the shop was playing some sort of an elaborate prank on him, when suddenly, a surging tightness grew across his face as he braced himself against the counter. He trembled as he heard a strange creaking, feeling his skin stretch as his nose seemed to grow longer and wider, stray hairs beginning to spring from his pores as his face started to broaden out. His cheeks grew wider as his jowls, yes he had honest to God jowls now, began to sag and spread beneath his chin, creating a soft furry roll where his neck used to be. Fur and fat overtook the surface, while his new blunt muzzle burst from his skull. He cried out in agony with a hoarse roar, as his mind slowly changed. As he settled, he began to find the entire situation a bit silly, and couldn't help but play with his larger features. The change, however, wasn't close to ending as it continued to spread onwards, sliding lower over his widening body.