The Rat Boy Creates His First Recruit by JWB 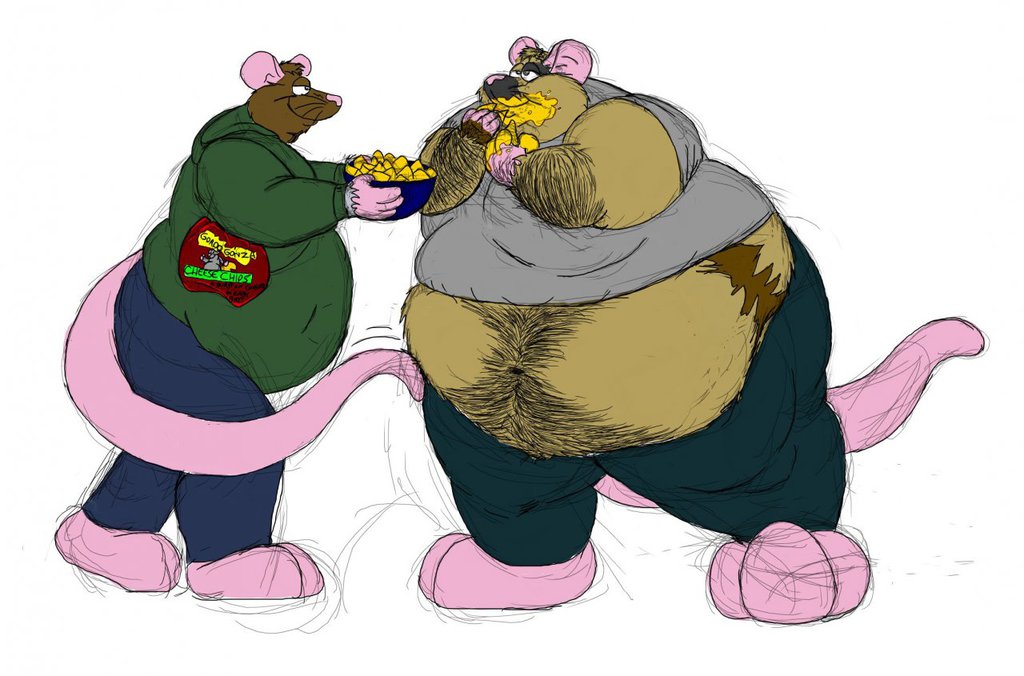 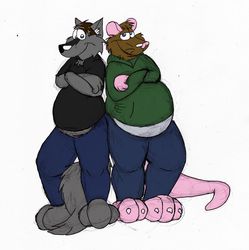 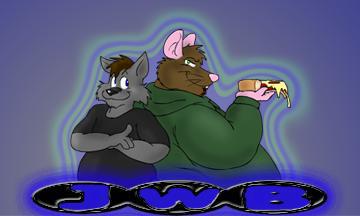 Well, looks like my rat form finally caught his first victim, and he seems to be coming along quite nicely.

Madison eyed the unsuspecting man across the room, idly munching on a few snacks from the refreshment table. His ears flicked idly as he took in the potential this hungry human had. He stretched himself adjusting his pendulous gut in his tight hoodie as he approached the ravenous man.
"I see you're a man who likes his snacks" the rat said in a deep sly voice. He grabbed a bowl of cheese covered chips from the table. "Wait until you've tried these, bro. They've just gone on the market, and there isn't anything like them."
The man swallowed his mouthful and eyed the rat idly for a while before shrugging with a grin. "Eh, one bite couldn't hurt." he thought, "A rat that size has gotta know what's good out there."
He slowly picked up a chip, feeling the cheese stain his fingers as he moved it to his mouth. He's never been much for the salty chip snacks, but something about the smell that those chips evoked a strange sense of intrigue within him.
As the chip hit his tongue, an explosion of flavor filled with his mouth. The rat was right. This food was phenomenal. He quickly scooped up more, eating them one at a time, before simply shoving the entire handful into his ravenous maw. The rat smiled, holding the bowl closer to the man, as he stuffed his face at an incredible pace.
With every bite, however, things began to change... The man let out a gentle gruff as his incisors became more prominent licking his lips as whiskers and thick brown hair began to surround his face. He continued to eat, though, oblivious even to the idle tightening of his clothing, as his girth spread and grew. Fur covered his chest and shoulders quickly sprouting across his belly. Only five minutes ago, he barely had more than a paunch and a simple happy trail, but now he was growing a true gut in every sense of the word. His gray cheese stained shirt rose up as his belly began to command more room. It bounced and wobbled as each chip packed on pound after pound. Madison quickly grabbed a bag from the table, making sure to keep the bowl full for his peckish companion.
Nothing could pull the man away from the deep food trance he was in. His ears grew rounder and spread out, moving up his head slowly as they took the shape of a pair of satellite dishes, flicking and swiveling as he ate more and more. He began to widen his stance as his thighs began to expand in his pants, surpassing the width of even a chubby man's waist. His new whiskers wiggled, dripping with cheese as he buried his face into his palms, his nose and mouth pushing forward as he rooted around his hands for any remaining crumbs, like a pig in the mud.

The rat simply grinned admiring his handy work as the new growing rat boy gained a second wind. His tail gently stroked his exposed gut as he surpassed another 100 pounds. He bent forward munching with a new vigor as something bulged from the back of his pants. The rat man simply ignored it as he licked the sides of the bowl capturing every cheesy morsel. As he leaned closer, a loud rip was heard, as a thick scaly rat tail burst from the confines of his pants sliding and whipping between his massive cheeks. He felt a strange itch over his fur covered body, as even more hair spread across his form. That happy trail that disappeared amongst his new fur before came back with a vengance, spreading over his belly as it moves across his chest. Hair begins to poke out from his collar as he lolls his head back against his well-padded neck. He simply licked his lips and kept eating. John was proud of himself, it's not every day, you can get a man to change species and put on 300 lbs in under 5 minutes. It's hard to tell where he will be approaching in his final form will he be 500? 600? Will he be rendered immobile by his own weight and gluttony? It's hard to tell for sure how far the rat boy's willing to go. But despite all this, the victim seems to be enjoying every moment of it. The food helps him accept his new form, and enjoy joining the ranks of the fat rat's honor.

Just to note, this is the body shape the rat is always supposed to have. As you might've noticed, he's a lot bigger than he was in his original pic. But generally, he's around 350 lbs.
But anyway, Yay! My character actually doing something^^
Hope you guys like it.