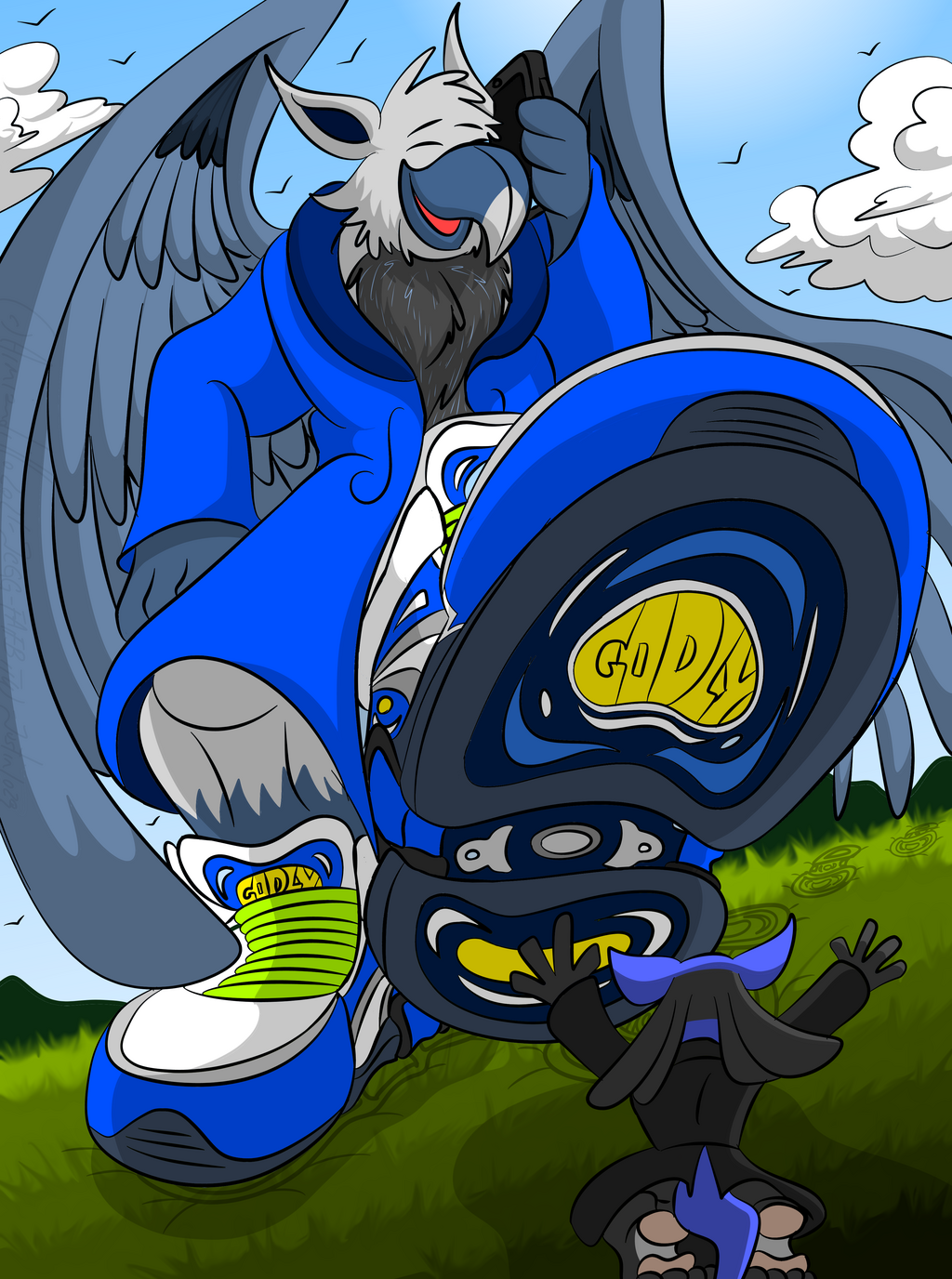 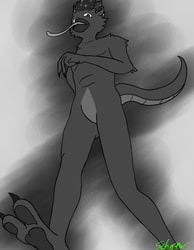 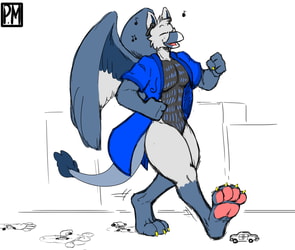 The city was completely destroyed. Not a single building nor monument remained as anything more than a mere pile of rubble. It was just… junk and rock all around. And the cause of all of this chaos and anarchy? It was a mere god sized gryphon by the name of Justin. He was currently sitting on a mountainside setting up a call with other gods on his Godphone23 as he took a brief break from walking.

“Yes, hello?” Justin began as he stretched his wings out a bit, “Did you see my little jaunt on the planet?”

However, as Justin began to chat away, a sole survivor, a mere, tiny Lucario by the name of Kajex emerged from the rubble. He began to walk towards the god with both caution and curiosity much like any other mortal would.

“Wh-What’s he even doing?” Kajex began to ask himself, “What could he be doing after wrecking the whole town?”

As Kajex drew closer, the conversation got more heated. Multiple voices were on the call now and were completely taking up Justin’s attention span.

“Yeah, I took care of it, no problem at all,” he began as he stood back up, “It was pretty fun too.”

It was at this moment Kajex’s curiosity took him too far. Justin was walking STRAIGHT in his direction and Kajex was still battered from the chaos earlier. He was going to get crushed and he knew it from miles away.

“C-Crap crap crap!” Kajex stammered as his heart raced, “I-I can’t move out of the wa-”

He accidentally cut himself off when he accidentally tripped over some loose rubble. Justin’s steps were growing louder, more powerful as Justin remained fixated on his conversation, not caring at all about his surroundings.

“You should try it sometime,” he said with a soft smirk, “Great stress reliever and quite fun.”

Kajex remained on his knees, panicking as he flailed his arms around in vain to try and grab even a sliver of his attention.

“Pl-Please watch out!” Kajex exclaimed as Justin’s shoe neared closer and closer, “I-I’m down here!”
Justin still couldn’t hear him. His shoe was looming over Kajex, the Lucario himself face to face with the word, “GODLY,” before him. A fitting word for his unchangeable fate.

“Yeah, I can show you how it’s done,” he smirked as he stepped on the Lucario, “It’ll be quite fun!”

And so, Kajex was trapped on Justin’s divine shoe, doomed to be there for potentially eternity, forced to listen to Justin’s conversation and plans to do this yet again to other cities in the future…