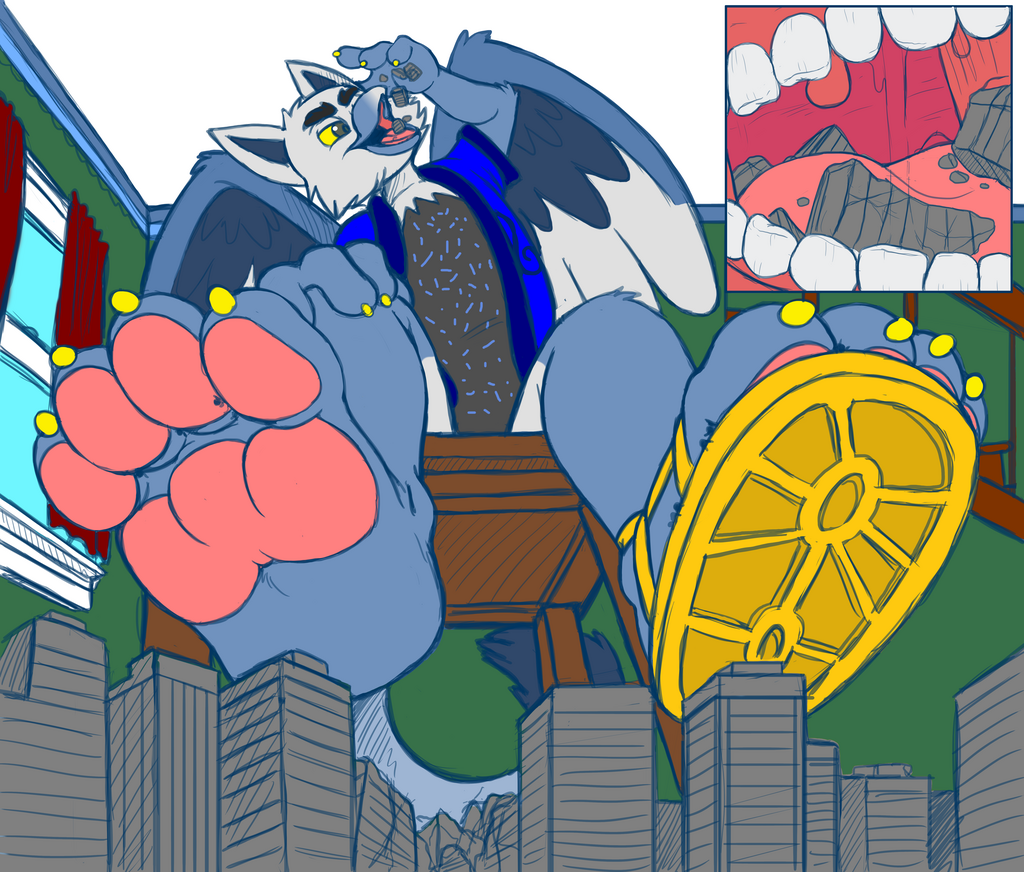 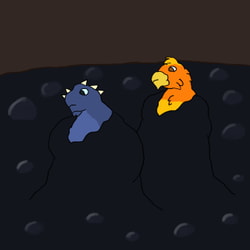 Astral Snacks: One of the best kept secrets of the gods of the astrals!

Sometimes, the best things are kept to themselves. When a god has to eat, there are many creative ways to do this. In such a case, Justin figured that he'd serve himself a whole city to eat up while in his home in the Astrals. It's complicated as to what exactly he needed the city for.
Then again, it's best not to question it. We're talking about a gryphon god whose stomps alone could pretty much obliterate everything in an instant. And either his gold-like sandals or those big paws will deliver the stomps, with the treads of the sandals being quite deep that you'll find yourself lost among the dirt, grass, and anything unfortunate to get stuck in.
Even still, his hunger just wants you in him. That mouth has plenty of room for him to chew, because he has those big teeth in the beak. It may be hard to see, but he has them.
And those teeth are quite something indeed, with bites powerful enough to chew away the city into bits. Plus, his godly digestion alone is pretty special, but let's not get into too much detail.
Either way, he's a pretty good god to be with, if you're lucky enough. I'm sure he won't mind your presence, as long as he has you by his side~ ❤️

HOLY FUCK DID THIS TAKE TOO LONG TO COLOUR.

I mean, I had a migraine, almost accidentally forgot the streaks on his chest, and been juggling with shadowing for a courier job, and the fact this took just over 3 months to do is quite something that I have to contemplate. Nonetheless, I finally managed to do what needed to be done.