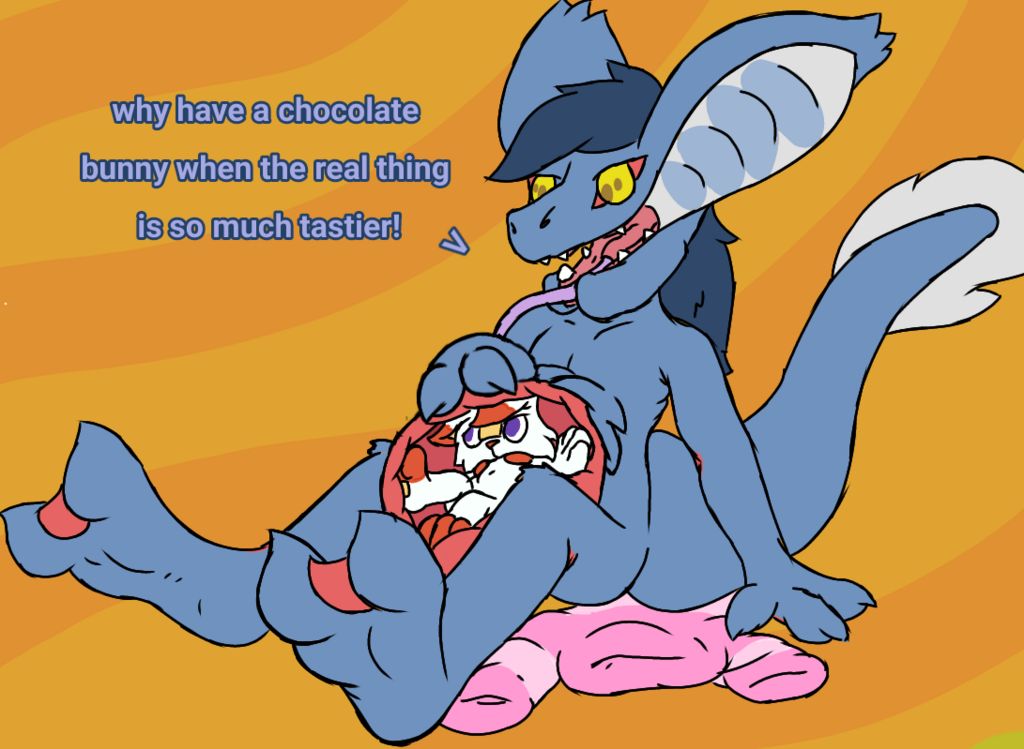 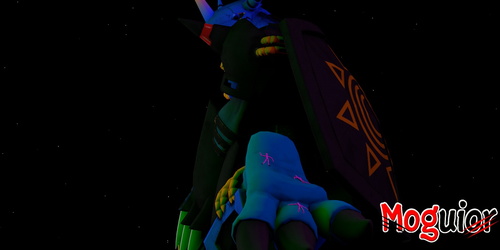 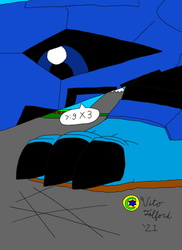 Being the most active bunny in some friend groups, Dan expected to be involved in treating people to some Easter fun~ This usually involves him handing out chocolate bunnies, jelly beans, marshmallows, the works! For some, they end up underpaw or as his own treats. Bakrii had a different plan, and when Dan finally returned home from his antics, wiping some friends off at the doormat, Bakrii struck.

...Not sure if Dan's going to last in there; he's yet to see anyone safely escape this one's stomach!

Yeah, Dan posted this RIGHT AT MIDNIGHT. You thought I was done with Bakrii? Well, not for long! I still might have other ideas, but hey, have this one for now. :)
(Also, this is a general art pic, so that's why I'm fine with this. Besides, it's just teasing~)