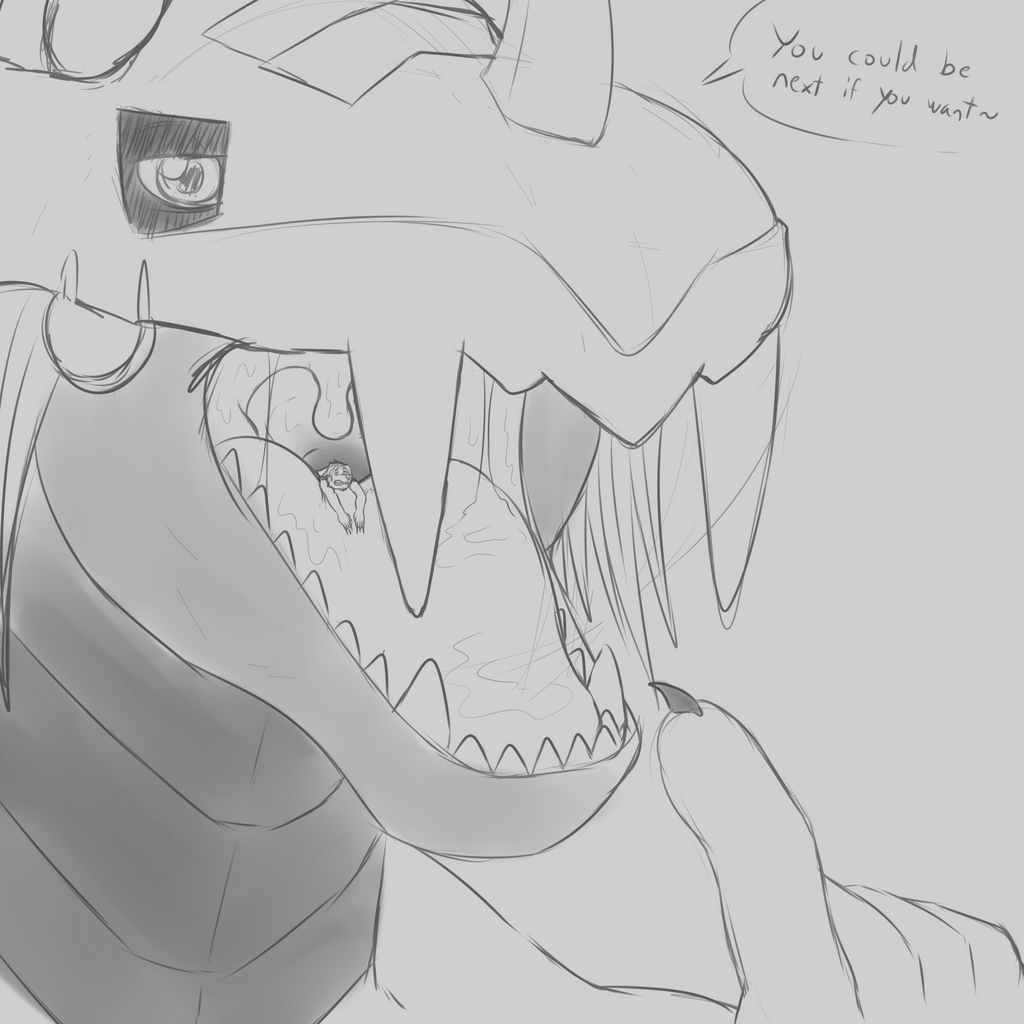 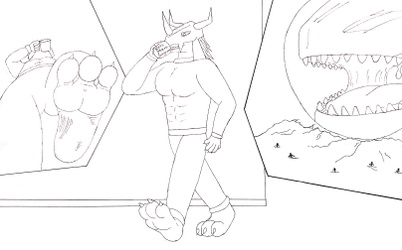 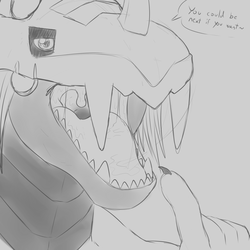 Later, the Wargreymon was having some snacks while he was giant in size. It seems Leon over there was caught in the act, and is trying to hold on for dear life. But that slippery tongue won't hold for long! At least Justin knows the viewer was watching along, so he asked the viewer if they wanna join in next. But hey, it's more fun to watch them get swallowed~

You seeing a bit of a pattern here? It's kinda connected to one another, as like some kind of lore story thing. Maybe it won't happen often, but maybe I might try something different each time.

Art (and Leon in the throat) by titanleon
Wargreymon is me~