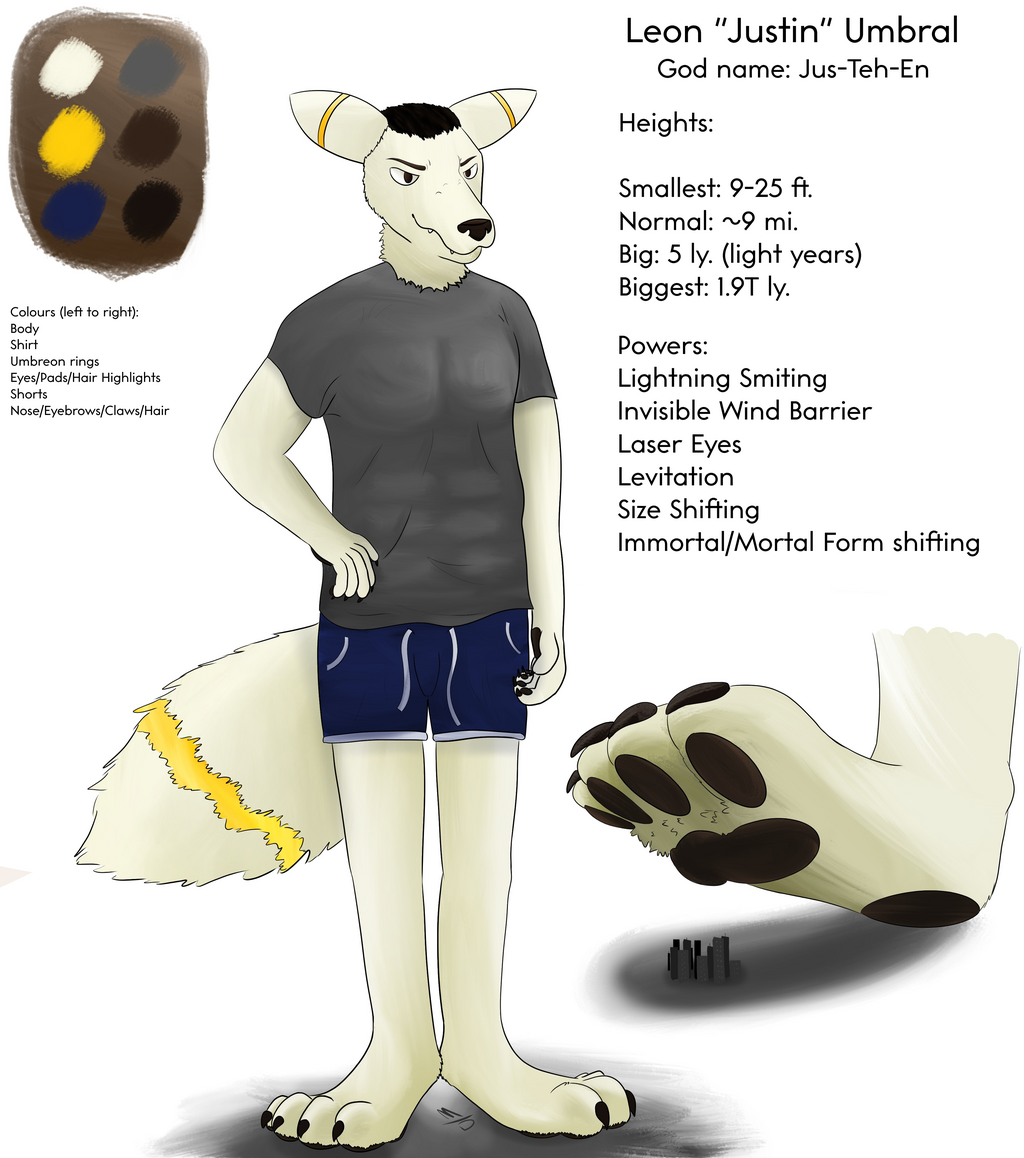 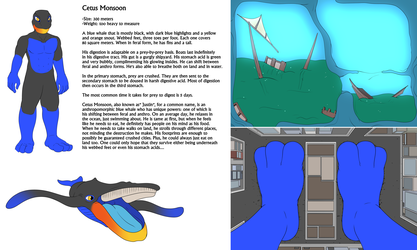 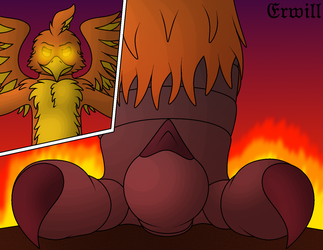 Yep, had to finally do it.

Thanks to GoddessBreanna, I got the perfect idea from him to do this. Credit to him for helping out with the design! And a special thanks to chatetchien for bringing his design to life!

His head has a long muzzle resembling an Anubian Jackal, and with short ears similar to an Umbreon.
He has brown eyes, and black hair with brown highlights.
He has toe, sole and heel pads, as well as palm and finger pads: all of which are brown.

In his immortal god form, he has bright white fur with golden highlights on the fur (It's not pictured here, but on his body, I'm guessing a sort of wavey gold streak on his fur, or multiple golden streaks.).
In his immortal god form, he has a golden eye of Ra tattoo beneath one of his eyes.
In his mortal form, it's the regular black fur, with more blue highlights.
He is well toned muscle wise, and you can see his abs and pecs very well. ||His cock is above average in size, so, more long in length than wide, but it should be a bit big on his body (above average).||
His tail is fluffy, resembling an Umbreon, but puffed up a bit.

As an example of his powers, he has the ability to cast lightning from his fingers and smite people or destroy cities. He can shoot lasers from his eyes, create an invisible wind barrier to protect himself, levitate and grow or shrink to any size he wishes, and he also can shift between his immortal and mortal forms.
He wears a pair of swimming trunks or shorts and a casual t-shirt. He also wears a bathrobe and flip flops.

He stands anywhere from 9-25 feet at his smallest sizes, and his average is around 9 miles tall.
He can grow to 5 Light years to assert his true dominance, and if the need arises, he can grow to over 1.9 trillion light years, to truly show off his deific size.

Art by chatetchien
Leon Umbral is of me~
Original: https://www.furaffinity.net/view/38197994/