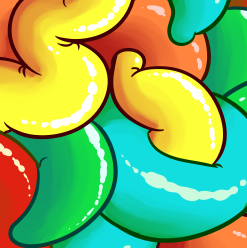 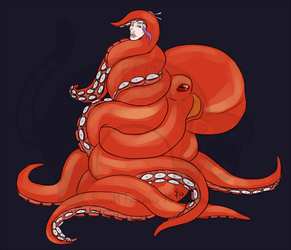 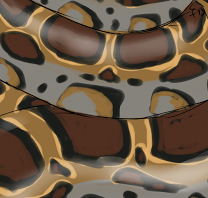 The noonday sun beat down heavily upon the emerald green jungle and its occupants. While much of the tree canopy did help shade somewhat, the muggy atmosphere still sapped a lot of energy of the local wildlife. For Sophia Tarson, however, it was only a mild irritant. Currently, her focus was on navigating the treacherous pitfalls of the jungle as well as finding her next treasure spot: the hidden temple of Zaso. It had been several weeks of searching already, not to mention all the time spent preparing beforehand. Although, the adventuress had a feeling that they were near their destination.

“Phiiiiia!” a maturing voice called out, causing Sophia to groan and pause her calculations. Soon after, a tall and slightly gangly young man emerged from a nearby bush, grunting angrily. “You said we were gonna find this Zablows temple by now!”

Sophia rolled her eyes, a tad frustrated. “We would have been there by now if you hadn’t stopped to complain every five minutes. Plus, it’s ‘Zaso’, Egon, the ‘Zaso’ temple. Not ‘Zablows’.”

Egon shook his head, bits of branches flying free from his shaggy black hair. “‘Zastinks’ if you ask me, we’ve been in this jungle foreeevvveerrr. It’s hot, I’m tired, and even though you say we’re not, we’re lost!” the lad complained, plopping down onto a large rock. He leaned back, relaxing his shoulders from his heavy pack.

“We’re not lost, hun,” Sophia replied, returning her focus to her journal. She rolled her neck side to side, emitting a few faint clicking sounds. “Besides, it’s not that hot. Remember that week we spent in the Sahara?”

“It was a month, Phia, not a week. Unless you’re forgetting more, you didn’t catch on fire like me!” Egon retorted, the seventeen year old’s mood growing more sour. Sweat beaded from his forehead, exhaustion clearly evident.

Sophia had done her best to prep her friend in shape with daily exercise and balanced meals, but there was only so much she could work with how stubborn he was at times with journeys. The adventuress brushed a strand of her short blond hair past her ear, loosening the lid on her canteen simultaneously. She gently poured a small stream of water upon Egon’s forehead for relief, then handed the canteen to him.

“It’s all in the details, Egon. It may have felt like a month with that cursed amulet, but it was only a week. As for ‘catching fire’, that was part of your hallucination, remember?” the adventuress said, smiling as her assistant took a sip of the refreshing liquid. While Sophia was only 4 years older than the boy, she still had a great deal more experience. Her own stark blue colored eyes met with Egon’s amber irises.

The younger adventurer sighed, admitting defeat at his friend’s validity. “Sorry, Sophia, I’m letting this jungle get the better of me. I just wish we had found the darn temple by now,” Egon muttered, splashing a bit of water from the canteen on his face. He felt bad for complaining, especially in fact of someone he really admired. Not that he would admit that too quickly for fear of wrong impressions.

“It’s okay, hun. Tell ya what- why don’t you lift that branch there just to your right?” Sophia asked teasingly.

Egon blinked, confused at first. Reaching over, he lifted the leafy appendage away whil still looking at his friend. “What does lifting this branch have to do with finding the tem-” the boy paused in mid-sentence, now noticing the view just past the treeline. Nestled in a gulley not too far from them, lay the hidden temple of Zaso. “Whoooaaaaa,” Egon uttered, his mouth open in awe from the incredible sight. Its formidable size and stone texture seemed to shine from the overhead sun.

“Last one there has to carry all the treasure back!” Sophia shouted, running past the bewildered lad. She laughed lively and hooted, breaking Egon from his stupor to finally give chase.

One week later, Sophia and Egon were back home in their loft, setting together a large patch of soil in the living room. The lad was still unsure how it was supposed to work, but his mentor claimed to know exactly what to do.

The tentacles had reluctantly let the pair go not long after being captured, but not before giving them a strange set of spiral-shaped seeds. It wouldn’t be long until the two adventurers would have their own cuddly patch of fruit tentacles in their own home. It was only a matter of time, and Sophia was more than anxious for their growth.

Woo! This was a delightful commission, I definitely had a great time writing this ^^ Daddydead (http://www.furaffinity.net/user/daddydead/ ) gave the wonderful prompt and I kinda ran away with it XD I hope you all enjoy, cover art here: http://i231.photobucket.com/albums/ee283/rogernikks/commissions%20x3/skittlessquish_zps1cfbbc5c.png and credit goes to SnakeGuyJack on that :)

[Side note, guess I'm kinda open for commissions ^^; Feel free to note me on details, I'm generally free for whatever, short stories at a reasonable price.]