"Truth can never be told so as to be understood and not believed." - William Blake

Furry art collector, patron and aficionado. Furry convention staffer and sponsor. Semi-professional mascot and costume (fursuit) performer. Manager and server monkey for FurBuy.Com - offering excellent furry auction and sales services for over 17 years. Worker of dark alchemy to create automatons and homunculi to do my nefarious bidding for the greater good - often misunderstood for a cold and single-minded entity.

Just shy of seven feet tall, the anthro polar bear form of Jurann stands before you. Like most bears of his kind, he is generally bulky with rounded features and covered in a heavy coat of shaggy, cream-colored fur. Unlike most other polar bears, atop his head is tousled a mop of purple hair, streaked with lighter and darker shades of the color, parted in the middle. A short goatee of the same color adorns his chin, contrasting with the muzzle above which fades from creamy to grey then to black at his nose. His eyes blaze a brilliant deep green above his snout, full of life and wonder and perceptiveness.
As usual, Jurann is naked right now, showing off the padding of his belly and the overall roundness of his ursine heritage. His legs are particularly well-built, solid and sturdy masses of sinew capable of running or thrusting with great force. Nestled between his legs is a fat sheath and ballsac, lightly fuzzed with the creamy white fur of the rest of his body, but it's clear here that the flesh beneath is jet black as most evidenced by the bare tip of his sheath. From the girth and length of the fuzzy covering, you'd imagine this ice bear's packing some serious heat. Though he's large and sometimes intimidating, a playful twinkle of his eyes indicates that he's a gentle giant inside.

Not only naked, but also quite randy, this ursine is rather aroused at the moment. From between his stocky, solid lower limbs juts a jet black shaft of masculinity around 8 inches long. The ebon member has a fat human-shaped glans at its tip three inches wide, the shaft behind it nearly as wide and tapering up to nearly four inches in girth at the base of the hefty cock. A sheen of slick, smooth flesh with heavy veins covers that bearmeat from tip to base, his fuzzy white sheath pulled back and taut around the base, a pair of seemingly small white-fuzzed orbs dangling just behind. His grin follows your eyes, and when you eyes meet his they twinkle with a playful lust.

Most recent: Jurann as Feral Dragon 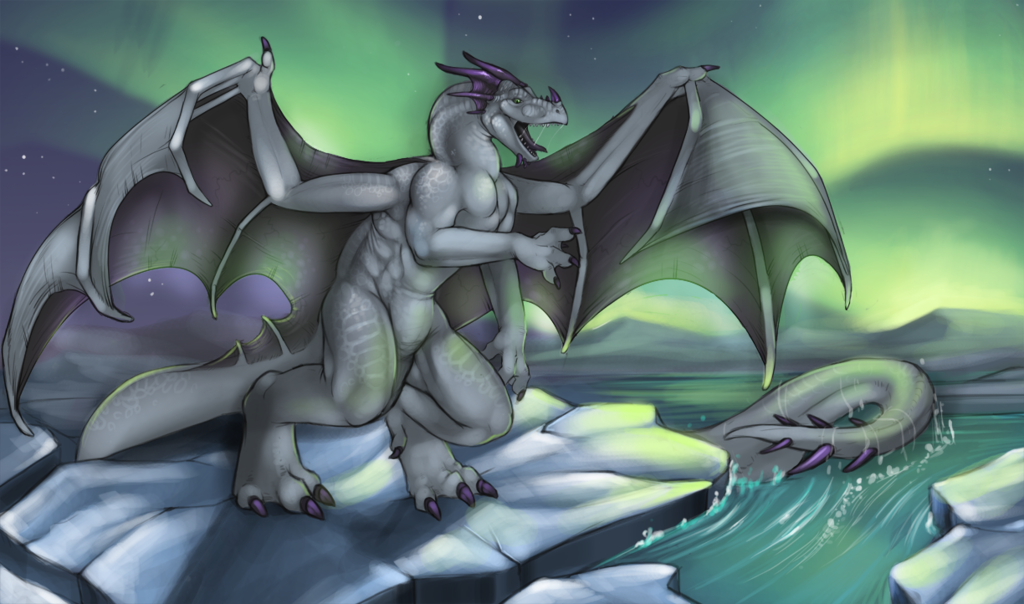 For those who've done commissions for me in the past, please upload them to your gallery here and include a tag "jurann" to show it was for me. I'll come through and make Collection Requests on them to add them to my gallery here. That's the preferred way of doing things here on Weasyl and it automagically provides you proper credit and linkback.

I'm willing to work with you on game development, assuming you are and artist and/or junior game developer. Depending on the project I may help for free or even help fund a project. The $10k is just in case someone wants professional level game development and my full time for one month.